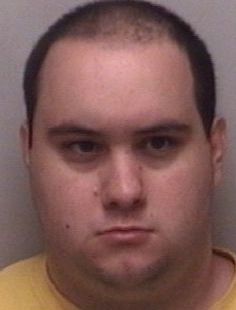 Police: Salisbury man charged with sexual exploitation of a minor

Salisbury Police charged Daniel Robert Artz, 24, of the 1900 block of Sherwood Street, with two counts felony third-degree sexual exploitation of a minor. A detective with the department’s criminal investigation’s unit is a part of a taskforce that tracks online crimes. The investigator came across Artz and began tracking him for about a month and a half. Detective Brent Hall investigates computer and financial crimes for the police department, but he is also part of the N.C. Internet Crimes Against Children taskforce.

Investigators obtained search warrants and went into Artz’s home where they seized computer equipment. He was arrested and charged Wednesday evening.

Lingle said the equipment will be sent off to the SBI lab so that agents can recover any material that may have been deleted. Officials said further charges are pending.

Artz has since been released from the Rowan County Detention Center.