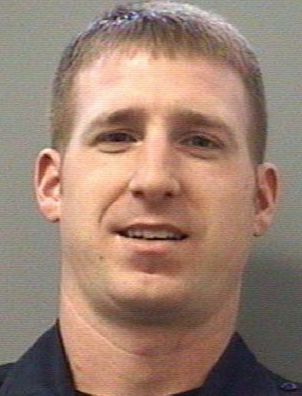 Since July, Clint Mauldin and dozens of other local and state investigators have been looking into the mysterious disappearance of Rowan County teen Erica Lynn Parsons.
Erica was reported missing nearly a year ago by her adoptive brother, Jamie Parsons, but officials said she had actually not been seen since November 2011. Her adoptive parents, Casey and Sandy Parsons, have maintained they allowed a then 13-year-old Erica to stay with a woman they believed to be her biological grandmother Irene Goodman, whom they knew as Nan.
Investigators have said that Goodman does not exist and that the Parsons have been less than truthful. No arrests have been made.
Mauldin recently resigned from the Rowan County Sheriff’s Office to take a job in the banking industry but said his departure should not affect the investigation.
After nine years with the sheriff’s office, he left with mixed feelings, he said, because of the Erica Parsons case.
“It was a very hard decision for me. The Erica Parsons investigation was one of the reasons why I was going to stay. It has become a part of who I am as a person,” Mauldin said by phone.
He has confidence in the remaining investigators working on the case. Sheriff’s officials say Detective Chad Moose and Investigator Sara Benfield both have worked hand in hand with Mauldin on the case from the beginning.
Sheriff’s Office Spokesman Capt. John Sifford said Moose and Benfield’s “first hand knowledge of this case will allow the investigation to proceed in a seamless manner.”
Sifford said agents with the SBI and FBI are also very much involved in the investigation of Erica’s disappearance.
“Work by all of the law enforcement partners continues on this case at many different levels,” he said.
He said Mauldin will continue as a reserve deputy. Mauldin added that he’ll be available if sheriff’s officials need him in court proceedings or other matters pertaining to cases he’s handled.
“My departure will not affect the resources being put forth in the Erica Parsons investigation,” Mauldin said.
In fact, he said, he thinks it’s silly that his departure is even newsworthy.
“I certainly think it takes away from not only the focus of the Erica Parsons investigation and takes away the focus from the investigators. We have all worked it as a team. There is no lead investigator,” he said.
Erica’s adoptive aunts Tammy Gray and Robin Ashley disagree. The two women told other reporters they felt the “trail will grow cold” now that Mauldin is gone.
Ashley told a Charlotte television news reporter she felt betrayed by Mauldin’s resignation. Mauldin told a Post reporter he too felt betrayed.
“I felt the same thing for Erica because she was missing for two years; because nobody reported a thing. I feel embarrassed that neither one of these ladies ever made a report about her missing in two years. I’m gone two days and I’m the top news story on Channel 9 news,” he said.
Repeated messages left for Robin Ashley and Tammy Gray were not immediately returned.
Both women told Channel 9’s Kathryn Burcham they found out Mauldin was leaving on the social networking site Facebook. Mauldin said he did write a message on his personal Facebook page letting his friends and family know about his new job opportunity. He said he also contacted some other Parsons family members and other key people, including FBI officials, Sheriff Kevin Auten, sheriff’s office personnel, local investigators and Rowan District Attorney Brandy Cook.
“I’ve not been in contact with those two ladies throughout this entire investigation and would certainly not be in contact with them for something as non-related as my departure,” he said.
Mauldin said Ashley and Gray have not been in contact with him. “They’ve been more of a DSS resource.”
His last day at the Rowan sheriff’s office was Friday. He said his departure has nothing to do with disciplinary actions or with the Parsons investigation.
He simply took advantage of a better job opportunity that he believes is best for his family, he said.
“There has been a lot of tenured officers and investigators that will continue to take opportunities elsewhere in the best interest of their family as long as County Commissioners continue to neglect any type of career advancement,” Mauldin said.
He said if County Commissioners keep employee incentives and career advancements frozen, they will continue to lose people “dedicated to the job, but who will have to make decisions that are what’s best for their families.”
Mauldin began with the Rowan County Sheriff’s Office as a patrol officer in June 2005 and was promoted in June 2007 to investigator/detective, a position he held since his departure.
Anyone with information into the disappearance of Erica Lynn Parsons is asked to contact the Rowan County Sheriff’s Office at 704-216-8700 or Crime Stoppers at 1-866-639-5245. A $35,000 reward for information leading to the location or return of Erica Parsons remains in place.
Contact reporter Shavonne Potts at 704-797-4253.

It’s been months since local law enforcement upped a reward for information into the disappearance of Rowan County teenager Erica... read more