Mac Butner defends himself against allegations of racial discrimination 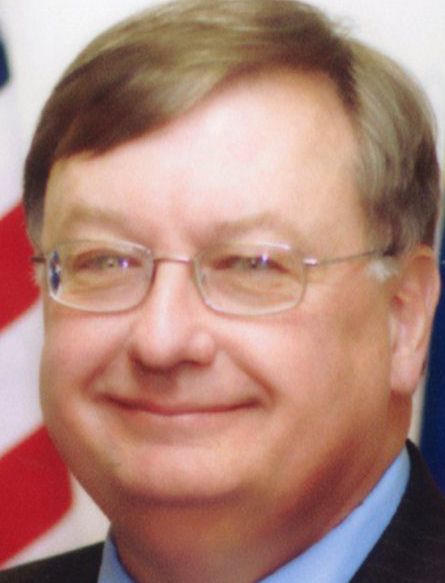 Malcolm “Mac” Butner defended himself Wednesday against allegations he made disparaging online comments about black people.
As chairman of the Rowan County Housing Authority commission, Butner said he was “dumbfounded” by a letter from the board’s attorney addressed to Rowan County commissioners Friday informing them a racial discrimination complaint had been filed through the Greensboro Field Office of the U.S. Department of Housing and Urban Development against a housing authority member.
“A complaint had been filed. I’ve never seen any letter whatsoever. It’s awfully funny that I didn’t get it and everyone else did and it is supposed to be a complaint against me,” Butner said. “How can I respond to anything when I don’t know what I’ve been accused of? I have received no letter whatsoever.”
Butner said he never received a call or email regarding the complaint.
The Rowan County Housing Authority is waiting for HUD to send written notification detailing the full nature and scope of the complaint.
According to Jeremy Carter, the housing authority board’s attorney, the complaint involves comments on the Internet “that could be viewed as discriminatory.”
Butner said he did make disparaging remarks against Dr. William Barber and the N.C. NAACP as well as the Moral Monday protests.
“Yes, I made disparaging remarks because I think they are all wrong,” Butner said.
The statements, posted on Facebook, did not involve housing or discrimination against black people, Butner said.
“I’m still protected by the First Amendment,” Butner said.
HUD is investigating the incident and will contact the housing authority board, which then will contact commissioners to see what discipline measures are warranted.
“I was told by other sources in the county that neither my name nor anybody else’s name was supposed to be attached to an official complaint until the county received an official report from HUD in Greensboro,” Butner said.
Although Butner said his hopes of garnering enough signatures to run on the November ballot for a county commission seat are shot, the chairman of the housing authority board said he has no plans to resign from his post.
“I was going to resign because you can’t fight HUD and you can’t fight the press. I was going to resign because I didn’t want to put commissioners or the housing authority through this as a distraction from their responsibilities and their work,” Butner said. “I’ve talked to a lot of people since then, and I’m not going to resign because I’m not guilty of anything.”
The complaint is politically motivated, Butner said.
Hopeful to get the necessary signatures to jump on the ballot, Butner said he has been “destroyed” as a candidate.
“This didn’t start to happen until I started to try and get 4,000 signatures before Friday, which I’m not going to do. Even if I did, I wouldn’t be a candidate simply because of all the nastiness that has gone on in the past week,” Butner said.
Butner said he and his family are taking heat because people are alleging he is a racist.
“Where do I get my reputation back?” Butner said. “The NAACP is the most racist organization in the country, and William Barber is a joke. He is the Al Sharpton, Jesse Jackson of North Carolina and should be doing something better than marching against the conservative Republican (N.C.) General Assembly. These were political quotes.”