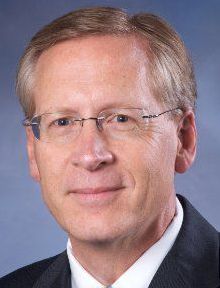 SALISBURY — Food Lion’s parent company, Delhaize America, has a new CEO.
Kevin Holt has been tapped as chief executive officer and will start leading U.S. operations on July 7, according to Delhaize Group, the Belgium-based international retailer that owns Food Lion. Both Food Lion and Delhaize America are based in Salisbury and have headquarters on Harrison Road.
Holt is the former president of retail operations at Supervalu. He will become a member of the Delhaize Group Executive Committee.
Holt replaces Roland Smith as CEO of Delhaize America. Smith resigned after Frans Muller was named Delhaize Group CEO last month, a position Smith had wanted.
“I am very pleased to have Kevin join our team,” Muller said in a news release. “Kevin brings both deep industry experience as well as a comprehensive customer orientation that will help our U.S. operations to continue to implement our existing strategy and build on the strong momentum of recent quarters.”
Holt said he plans to reinforce and execute the strategy and continue to focus on customers, adding that he sees “tremendous opportunity in the business.”
Delhaize Group has seen turnover in three CEO posts, including the resignation of Dirk Van den Berghe as CEO of Delhaize’s Belgium and Luxembourg division, as well as the resignation of Delhaize Europe CEO Stéfan Descheemaeker.
Food Lion makes up the lion’s share of Delhaize America, which also includes Salisbury-based Bottom Dollar Food and Maine-based Hannaford.
Holt has more than 20 years of retail leadership experience in operations, strategy and information technology. Prior to Supervalu, he served for three years with Sears Holding Company and 14 years with Meijer, working in various leadership positions including executive vice president of retail operations and senior vice president of information technology/services and strategic planning.
Before moving into the retail industry, Holt spent nine years at NCR delivering technology solutions to large and complex organizations. He holds a bachelor’s degree in business economics from Ferris State University in Big Rapids, Mich.
Holt and his family look forward to establishing a residence in North Carolina, according to Delhaize America. He has three children and two grandchildren.
Contact reporter Emily Ford at 704-797-4264.