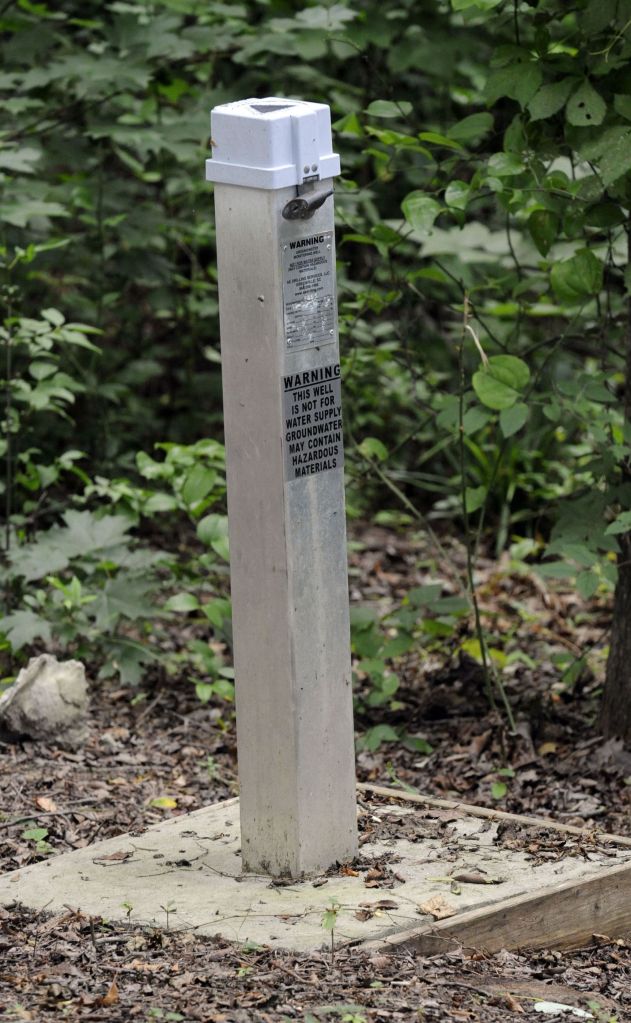 Duke Energy officials are combatting a recent study conducted by the Waterkeeper Alliance indicating hexavalent chromium and other toxins have seeped from Buck Steam Station’s coal ash ponds into nearby neighbors’ well systems on Leonard Road.
The company since has offered to go back and test the wells together with the Waterkeeper Alliance to ensure residents have the most accurate information.
“We care deeply about the plant neighbors and have met extensively with many of them to discuss sample results,” said Paige Sheehan, spokeswoman for Duke Energy. “We want them to have accurate information and their questions answered.”
According to Sheehan, Duke Energy is proposing its representatives meet with those of the Waterkeeper Alliance and the Department of Environment and Natural Resources (DENR) to return to the community for further testing with a technician from an independent third-party lab certified by the state.
“That lab can collect samples using the best scientific practices while the group observes,” Sheehan said. “Analysis will follow.”
Duke Energy is at a “tremendous disadvantage” when asked to comment on water samples without full knowledge of how they were collected, Sheehan said. “We want to clear this up and hope this is the best path forward for everyone,” Sheehan said.
The multibillion-dollar corporation offered to test the wells of select neighbors close to Buck Steam Station and hired a third-party lab to split samples with DENR.
Sheehan said those sample results confirm neighbors’ wells are safe and show no indication the plant’s ash basins have influenced water quality.
“A review of the Waterkeeper Alliance results also demonstrate the neighbors’ well water is safe,” Sheehan said. “We believe the elevated levels of iron, manganese and lead in their results are unusually high for well water and could be caused by soil in the sample or pipes the water flows through.”
Lead and chromium are naturally occurring in the state’s soil.
In order to understand if lead and chromium are present in connection with coal ash, Sheehan said Duke Energy has to look for other clues — like the presence of boron.
Boron tends to move more quickly in groundwater than other substances and can serve as a leading indicator of coal combustion projects, Sheehan said. “No boron was detected,” she said. “Chromium levels in the well sampling data were well within the state’s groundwater standards designed to protect public health. The (Environmental Protection Agency) makes it clear that (hexavalent chromium) can come from naturally occurring chromium deposits.”
The seep data collected by the Waterkeeper Alliance varies widely from that of Duke Energy’s data, Sheehan said, which ultimately leads to concerns about the collection method. If not collected properly, the test results can produce false positives, she said.
“The very high concentrations seen in the surface water sample indicate that soil interference may have led to false positives,” Sheehan said.
Duke Energy has been monitoring groundwater near Buck Steam Station ash basins since 2006.
Monitoring data near the ash basins on the plant’s property has generally shown that groundwater is flowing toward the river and away from neighbors on properties located uphill.
“The vast majority of groundwater exceedances at Buck groundwater have been for iron, manganese and pH, which are common in North Carolina soil and pose no risk to drinking water,” Sheehan said. A pH measurement indicates how acidic or alkaline a soil is.
“No chromium exceedances have been detected in our groundwater monitoring since 2011. We have seen no indication in our monitoring that there are off-site groundwater impacts or reason for concern for neighboring drinking water wells stemming from the ash basins.”