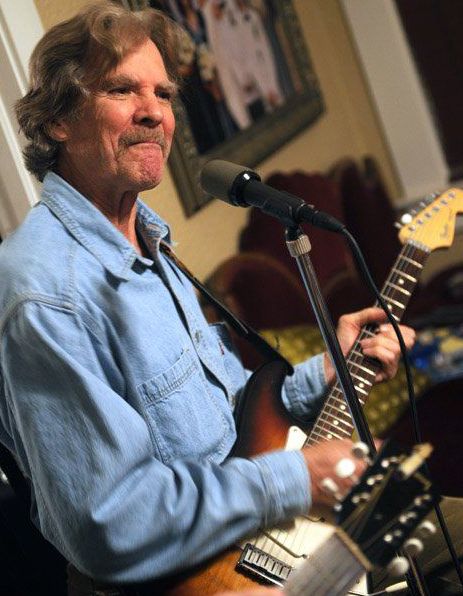 Dr. Hook founder will play at benefit for Derek Maner

SALISBURY — George Cummings, founder of Dr. Hook and the Medicine Show, will perform as part of Saturday’s benefit at the Rowan County Fairgrounds for Derek Maner.
Maner, a 23-year-old East Rowan High graduate, started six weeks of radiation treatment for rectal cancer at Duke University Medical Center Tuesday.
He will be commuting to the Duke hospital daily from his father Randy’s home here.
Cummings named and founded Dr. Hook and the Medicine Show in 1968 in Union City, N.J., joining up with Ray Sawyer and Billy Francis — guys he had played with as part of The Chocolate Papers.
Dr. Hook and the Medicine Show became a well-known band of the 1970s with million-selling hits such as “Sylvia’s Mother,” “The Cover of the Rolling Stone,” “Only Sixteen” and “A Little Bit More.”
Cummings left the band in 1976. He is a member of the Rock ‘n’ Roll Hall of Fame and Songwriters Hall of Fame.
Cummings, 75, became friends with Randy Maner in the early 1990s, and for a short period in recent years, Cummings, Maner, Tim Misenheimer and Jeremy Misenheimer made up the band Funk & Grits.
“We got to be really good friends, and he loves my kids,” Randy Maner said of Cummings. “… He loves Derek to death, and he said, ‘Man, I ought to come down and play with you guys.’”
Randy Maner was founder, lead singer and guitarist of The Motherlode Band from 1981-2005. For many years, Motherlode was the house band for WFMX 105.7.
In a reunion performance, The Motherlode Band will play around 5 p.m. Saturday. Cummings is expected to play a set before then, and he also might perform with Motherlode.
Saturday’s all-day benefit for Derek Maner begins at 10 a.m. with a yard sale. Several other of Randy Maner’s music friends from Nashville, Tenn., will be on hand, as will Miss Rat Rod, who will be available for autographs and pictures.
A big part of the day will be a 3 p.m. auction of donated items, including an autographed Fender guitar, handmade custom jewelry, hand-carved walking canes and a woman’s new Harley-Davidson leather jacket.
People attending the benefit will be asked for a donation at the entrance. All the proceeds from contributions, a poker run, yard sale and auction will go toward Derek’s medical expenses.
Derek Maner’s cancer has been classified as Stage 3. He also is taking chemotherapy and will eventually have surgery.
A “Prayers for Derek” Facebook page gives updates. People with items to donate for the yard sale and/or auction can contact organizers through the Facebook page.
Randy Maner said he wants to give a heart-felt thank you to everyone concerned for Derek.
“The outpouring of support has been phenomenal,” Randy said. “… People I don’t even know have come forward and offered their help.”
Contact Mark Wineka at 704-797-4263.

Your daily look at late-breaking news, upcoming events and the stories that will be talked about today: 1. KERRY IN... read more