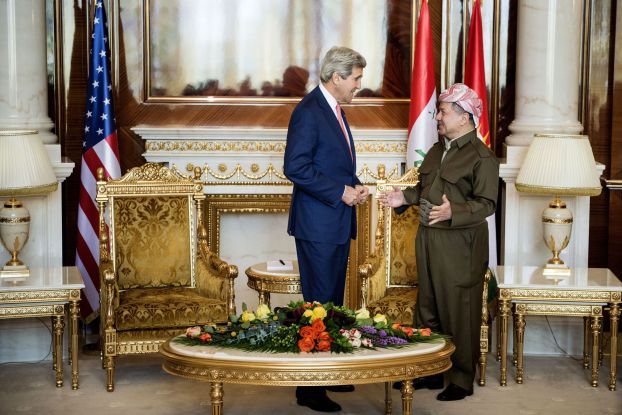 Your daily look at late-breaking news, upcoming events and the stories that will be talked about today:
1. WHITE HOUSE OFFICIAL TO TESTIFY IN IRS PROBE

Congress is expected to hear from Jennifer O’Connor about Lois Lerner’s lost emails after issuing a subpoena for her to appear.

2. IN PRIMARIES, NEW CONSERVATIVES TAKE ON INCUMBENTS WHO BRING HOME THE BACON

Among the candidates in Mississippi, New York, Oklahoma, Maryland, Colorado and Utah are two of the longest-serving members of Congress, Republican Sen. Thad Cochran and Democratic Rep. Charles Rangel.

3. KERRY RETURNS TO IRAQ FOR SECOND VISIT IN TWO DAYS

The U.S. top diplomat is holding talks with a key Kurdish leader in the autonomous region who could be the kingmaker in any new government.

4. WHAT INVESTIGATORS ARE FOCUSING ON IN ASIANA CRASH

The National Transportation Safety Board is eyeing pilots’ actions in determining the cause of the Boeing 777 crash in San Francisco almost a year ago.

The Justice Department says the government may be justified in killing a U.S. citizen abroad if the person has joined the enemy.

6. TINY TONGA FINDS ITSELF A VICTIM OF CHINESE LARGESSE

The Pacific island nation received aid from Beijing in the past decade that’s alienating New Zealand, one of its main Western allies.

7. IN SAN FRANCISCO, TOO MUCH MONKEY BUSINESS

The city issues a cease-and-desist order to the makers of Monkey Parking, an app that allows users to sell off public parking spots.

8. WHO’S BEEN BANISHED FROM THE MORMON CHURCH

The Church of Jesus Christ of Latter-day Saints excommunicates Kate Kelly, an activist pushing for women in the priesthood.

9. WHERE JEFF KOONS WILL BE FETED

A retrospective of the contemporary artist’s famous toy-like sculptures–including a Mylar-like balloon dog–will occupy most of the Whitney Museum of American Art until October.

The United States’ 2-2 draw with Portugal was almost certainly the most-watched soccer game ever in the U.S.

Your daily look at late-breaking news, upcoming events and the stories that will be talked about today: 1. KERRY IN... read more