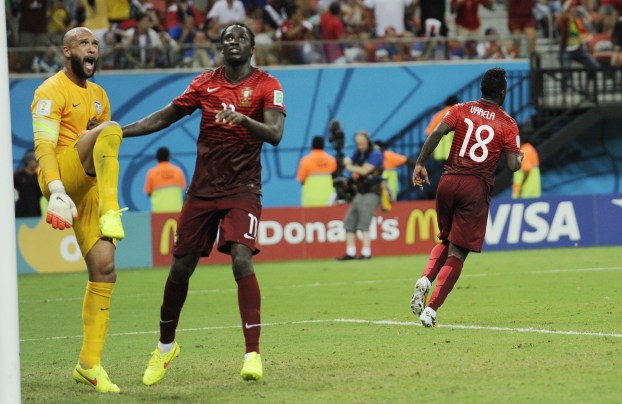 The United States and Germany both have four points and are atop Group G over Ghana and Portugal who have one point each. In the group stage of the World Cup, wins are worth three points, and draws are worth one point. All four teams have one game remaining.

Germany and the U.S. will play Thursday in Recife, and Ghana and Portugal will kick off at the same time in Brasilia.

Here are the scenarios:

—If the U.S. wins: They are through to the next round as the winners of Group G and will play the second place team from Group H. (Belgium currently leads Group H, followed by Algeria, Russia and South Korea)

Germany would finish second unless Ghana or Portugal won and passed Germany on goal differential. Germany currently is plus 4, Ghana is minus 1 and Portugal is minus 4. The second place finisher plays the winner of Group H.

—If Germany and the U.S. draw: Germany wins the group and the U.S. finishes second. The result of the other game is meaningless.

—If Ghana and Portugal draw: The U.S. and Germany advance. Germany wins the group unless the U.S. defeats them.