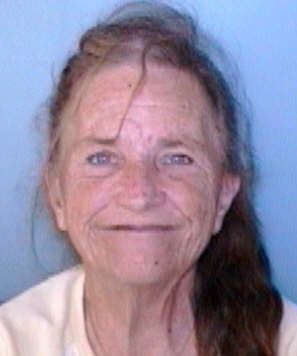 Police say she may be with male friend
SPENCER — The N.C. Center for Missing Persons issued a silver alert early Monday for a missing Spencer woman, Alice Faye Hill.
Spencer Police say Hill has been missing since Sunday afternoon and may be with a male friend, Clarence David Hall, 46. She’s known to walk with Hall around town. Police Chief Michael James said they don’t believe Hill is in danger, but her caretaker and law enforcement do want to know that she is safe.
“It appears she just walked away,” he said.
Authorities have looked for Hill in Spencer, East Spencer and in Salisbury. James said they received reports that Hill was seen at Aldi in Salisbury. She does take medication, but it appears Hill may have taken her medication with her.
Hill, 68, is a white woman, 5 feet 4 inches tall, about 125 pounds. She has long, gray hair and hazel eyes. She was last seen wearing an aqua blue zip-up hoodie, dark pants and white shoes. She left from the 300 block of South Yadkin Avenue in Spencer.
Hall is described as a tall white man with a mustache and beard.
Anyone with information about Alice Hill should call Officer C. Insley with the Spencer Police Department at 704-216-8500.