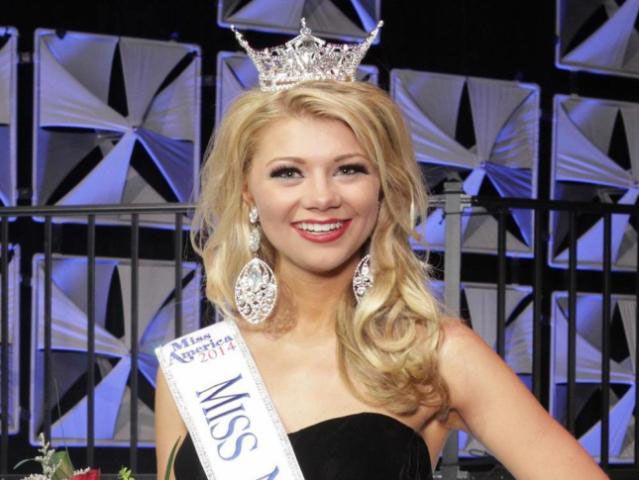 RALEIGH (AP) — Miss Greater Sampson County Beth Stovall is the new Miss North Carolina.
The University of North Carolina Wilmington senior said after winning Saturday’s pageant she wants to be the first Miss America from North Carolina in more than 50 years.
“It’s about time that she takes it. And I’m ready to do that,” Stovall said immediately after winning the crown in the pageant aired on Time Warner Cable News.
Stovall finished in the top 10 of last year’s state pageant and said that made her determined to win this year. She won two preliminary competitions this week in lifestyle and fitness and talent by singing from Charles Gounod’s opera “Romeo and Juliet.”
Stovall’s platform is called “inspiration art.” She is a music major and said singing and the arts have always been important to her.
“I developed it myself,” Stovall said. “It is all about inspiring children to get interested and active and involved in the arts.”
Miss Cabarrus County McKenzie Faggart finished second, Miss Johnston County Kensley Leonard finished third, Miss Central Carolina Victoria Huggins was in fourth place and Miss Thomasville Kacy Lee came in fifth.
Stovall told WRAL-TV on Sunday that her inspiration to win Miss North Carolina came from her hometown of Goldsboro after seeing Hailey Best win the state crown in 2011.
“It’s slowly sinking in. The longer I go with this crown sitting on my head this morning, the more it sinks in. I’m so excited,” Stovall said.
Stovall doesn’t plan to spend a lot of time resting. She wants to be the first North Carolinian to win Miss America since Maria Fletcher of Asheville won in 1962.
“I’ve got to start preparation immediately because the Miss America pageant is in September. It’s just a couple days before my birthday, actually,” Stovall said. “I’ve got to start training on getting ready for swimsuit, maintaining a healthy physique and just a healthy lifestyle, working on my interview skills, modeling, picking out wardrobe, all kinds of things.”