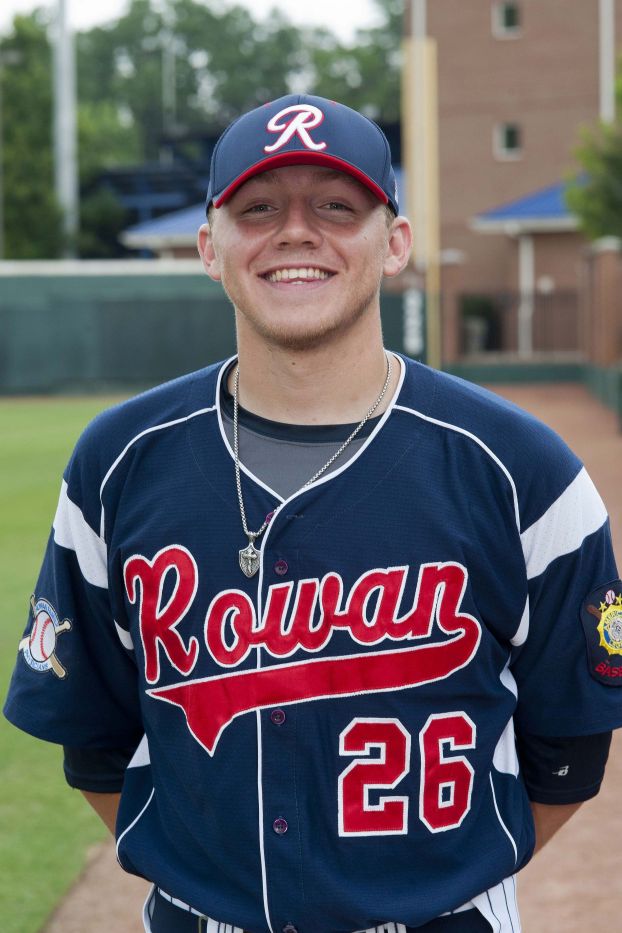 ALBEMARLE — Even in the best of times, Rowan County’s American Legion team has historically had trouble winning at Don Montgomery Park in Albemarle. But somebody forgot to tell this year’s team.
Rowan pounced on Stanly County ace Russ Weiker for seven runs, five in the top of the first, and never looked back in a 19-3 seven- inning rout Sunday night. It was the second time this season, Rowan has run-ruled Post 76.
More importantly, Rowan won its fifth in a row and improved to 14-4 overall, 4-0 in the Southeast Division. RC is well on its way to clinching a high seed in the Area III playoffs starting June 30, while Stanly dropped to 2-2 in the Division and 7-12 overall.
Rowan came off the bus swinging the bats and racked up 20 hits, including long home runs from spot starters Heath Mitchem and Connor Johnson. All nine starters joined the hit parade, led by outfielder Luke Setzer and second baseman Michael Caldwell with four hits each. Dustin Ritchie with three hits and Mitchem drove in three runs each.
Setzer, who has been on a hot streak the past two weeks, was unable to explain the unexpected lopsided nature of the game but felt his team set the tone with their bats.
“We just hit the ball well tonight,” he said. “Everything we hit just fell in, but that’s baseball. Sometimes none of them fall for you. Tonight we took advantage of the pitchers and hit our pitch.”
Rowan’s pitching corps turned in a solid night as well, limiting Stanly normally potent offense to three runs and 10 hits, all singles.
Lefty Brandon White went the first four innings allowing two runs and six hits. Alec Hamilton made his senior Legion debut with two solid innings and earned the win. Hunter Shepherd mopped up in the seventh.
Rowan Coach Jim Gantt was pleased with the overall effort from his offense and his pitchers.
“We were able to do some things early but five runs in the first inning was unexpected”, Gantt said. “Mitchem’s home run was big for us and we got a couple of key hits with men on base.”
Rowan opened the game with RBI singles by Chance Bowden and Ritchie then Mitchem, serving as the DH, towered a long homer just inside the foul pole in right to make it 5-0.
Three more singles and an RBI groundout by Mitchem made it 7-0 in the second. Stanly reliever Noah Crisco was touched up for 3 runs and a 10-0 deficit in the third, keyed by a two run double to left by Riley Myers.
Post 76 plated its first two runs in the third on Weiker’s sacrifice fly and Rowan’s lone error of the game due to a bad relay throw. Rowan responded with a five-run fourth that erased all doubt of the outcome.
Johnson’s home run to left started the onslaught. Then three walks and a two-run single by Ritchie wrapped it up. Rowan scored two more in the fifth and one in the sixth and seventh to close out their scoring. Stanly’s final run came in the sixth on Crisco’s single.
“They just played well and we did not,” Stanly coach Derek Berringer said. “That is pretty much what it is.”
Rowan closes out the regular season this week with four games, starting with tonight’s matchup at Kannapolis.
Weather permitting, they’ll wrap it up Thursday at Concord (Central Cabarrus High.) Best-of-five division playoffs start June 30.