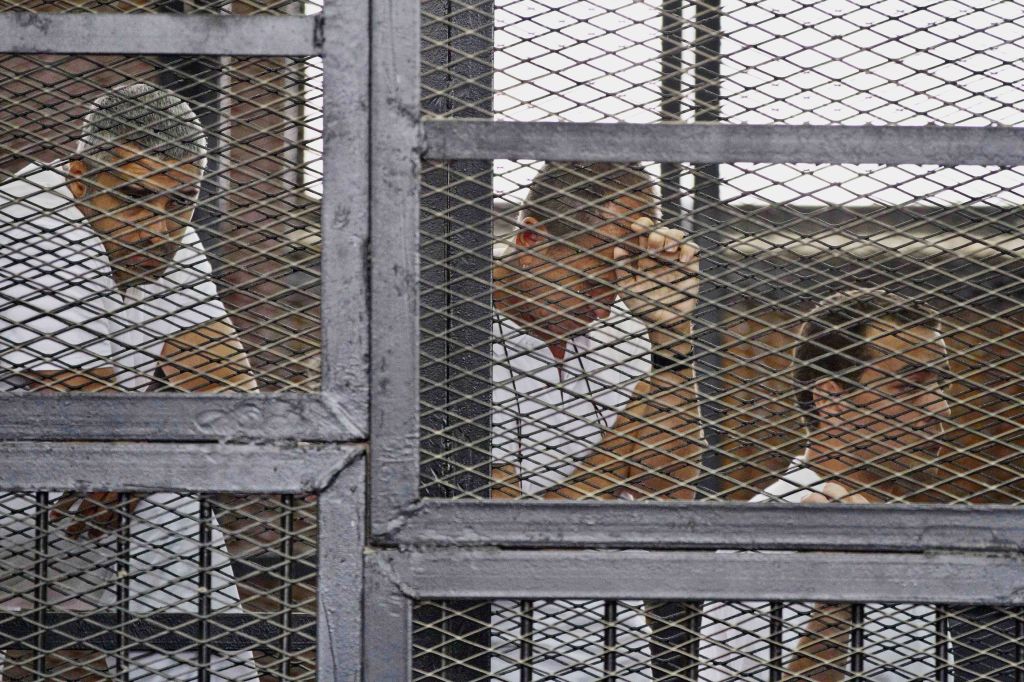 Your daily look at late-breaking news, upcoming events and the stories that will be talked about today:
1. KERRY IN BAGHDAD AS ISLAMIC MILITANT SURGE IN IRAQ RATTLES REGION

Neighboring countries like Jordan and Lebanon spring to action, fearing al-Qaida breakaway groups may set their sights on them next.

The three reporters who work for Al-Jazeera’s English channel are convicted of terrorism-related charges in a case that drew criticism of the state of media freedom in the Arab Spring country.

The rising ranks of female veterans returning from Iraq and Afghanistan do not always receive adequate care at Department of Veterans Affairs hospitals, an AP review finds.

4. AFTER DECADES OF SIPHONING JOBS FROM U.S., CHINA BRINGS SOME HERE

Henan’s Golden Dragon Precise Copper Tube Group opens a plant that will employ more than 300 in Pine Hill, Alabama. And what’s happening in Pine Hill is starting to happen across America.

Gov. Martin O’Malley, who is weighing a presidential bid in 2016, could benefit from a win for his Lt. Gov. Anthony Brown who is running to succeed him in the heavily-Democratic state.

6. HOW THE U.S. CAN ADVANCE TO WORLD CUP’S SECOND ROUND

After a suspenseful 2-2 game with Portugal, the American team would qualify with a win or draw with Germany on Thursday. If they lose, they could still make it on goal differentials vs. Ghana and the Portuguese.

Joining counterparts in New Hampshire and Maine, Springfield Mayor Domenic Sarno asks the State Department to stop refugee resettlement in his city because its resources are already strained. But hard examples and evidence for the mayor’s stance are scant.

The band of veteran musicians who have been called Cuba’s soundtrack to the world is off on a global farewell tour as they prepare to disband.

10. WHY SOME ARE BANNED FROM USING `ALLAH’ IN MALAYSIA

The Asian nation’s top court says the word, which means God in Arabic, would confuse Muslims and lead them to convert if it’s used by other faiths.