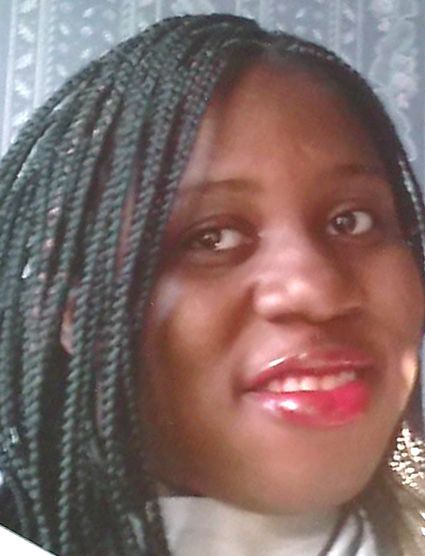 As a part of the national reunion celebration held Saturday night at Hotel Salisbury and Conference Center, J.C. Price High School National Alumni Association awarded academic scholarships at its Scholarship Awards Dinner totaling $9,000 based on evidence of financial need, scholastic achievement, good character and leadership potential to be used to help pay tuition or other essential expenses.
Joyce Smyre, chairman of the National Scholarship Committee, gave the purpose of the occasion and made introductions. Ella Woods welcomed those in attendance representing members and supporters of alumni chapters from Atlanta, Charlotte, Cleveland, Ohio; Salisbury and the Washington, D.C. metropolitan area. A tribute to the late William “Billy” Leach, who was an avid champion for youth and a pioneer of the scholarship program, was presented by Barbara Gaul. Music was rendered by saxophonist Joshua Geter, senior at UNC-Charlotte, and Gerald Haynes of Ohio. The alumni chapter presidents and scholarship committee members presented the awards and recognized the parents of the recipients.
Camarie Victoria Howell, a graduate of Beachwood High School in Beachwood, Ohio, was vice president of the Excel Marketing Program, a member of the American Sign Language Club, Minority Achievement Committee, Junior Achievement Program, Helping Hands Club and a cheerleader. She will attend Ohio University at Athens and major in broadcast journalism and marketing.
Kevin Donnell Holland Jr., a graduate of H.D. Woodson High School in Washington, D.C., was an academic scholar and an athlete participating in track and field and receiving the MVP awards in football, basketball and baseball. He will attend Virginia State University as a graphic design and visual arts major.
Antonio Lamar Simms, a graduate of Suitland High School in Forestville, Md., was an honor roll student who received a publishing and graphics award and certificate of completion in an environmental science program. He was a student aide to teachers and a member of the Anime Club. He will attend Savannah College of Art and Design in Georgia to major in photography and film.
Andrew Darrell Jiles Jr., a graduate of West Rowan High School in Mount Ulla, wants to be a school teacher. He has received several scholastic excellence awards and was a JROTC sergeant. He participated in football and band and received a second excellence rating from the N.C. Music Educators Association. He will attend Winston-Salem State University and major in education.
Jeryon Matthew Davis, a Salisbury High School graduate was an AP Scholar, 2014 PTSA Scholar, 2014 Windsor Eagle Scholar and a member of the National Honor Society. He was vice president of the SGA and a member of Junior Civitans. He excelled in sports as JV baseball MVP, and lettered in basketball, baseball and track. He will attend UNC-Chapel Hill as a pharmacy major.
Jamesa Jeanelle Alexander, a Salisbury High School graduate was an A/B honor roll student, and received a Most Improved Academic Award and Perfect Attendance Award. She was a member of Young Life and Time organizations and participated in theater arts. She will attend Winston-Salem State University School of nursing.
Cierra Nichole Sifford, a graduate of North Rowan High School, Spencer, was an A and A/B honor roll student, member of the National Honor Society, Student Government Association, Key Club, Junior Civitans, Varsity Cheerleading Squad and Soccer Team. She served as a junior marshal for the Class of 2013, attended Tar Heels Girls State at Catawba College, Project Uplift at UNC-Chapel Hill, and participated in the J.F. Hurley YMCA Black Achievers program and was crowned Miss J.C. Price Post 107. She will attend UNC-Charlotte and major in pre-dentistry.
Rianah Jenice Alexander, a graduate of Hickory Ridge High School, Harrisburg, was an A/B honor roll student and a member of the HOSA Club, Ruth’s Sewing Club, Hickory Grove Winter Guard and Marching Band Color Guard Team. She will attend High Point University and major in exercise science.
Brianna Marie Drakeford, a graduate of Phillip O. Berry Academy of Technology in Charlotte, was a member of the National Honor Society, Tennis Team, Drill Team, FBLA, Society of Lady Engineers, ROTC, and will participate in the Mayor’s Youth Employment 2014 Summer Program. She will major in biomedical engineering at N.C. A&T State University.
In addition to awards, cards with words of wisdom and encouragement from those in attendance were given to each of them and Joyce Smyre and Thomas Morgan, National President, gave closing remarks.