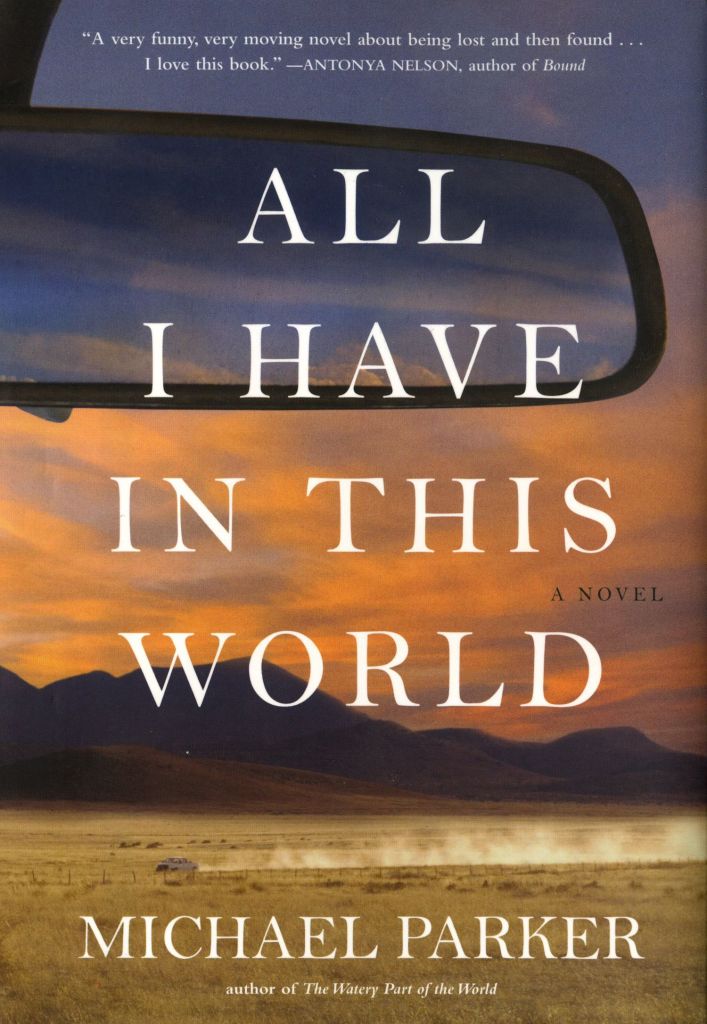 Michael Parker has a way of getting in his characters’ minds and opening them up for the reader to examine in the most extraordinary ways.
His novel “Watery Part of the World” delved into the complex relationships of the four people left on an island off the North Carolina coast, revealing deep, sometimes disturbing emotions.
In “All I Have in This World,” Parker finds two damaged people, Marcus and Maria, and the dysfunctional people around them and manages to make a story that is ultimately hopeful, after the heartbreak.
He does it in such a deft way that the sad story is never maudlin and the failure is never too pitiable. He even leaves room to see the vulnerable soft edges of people who have been hard all their lives.
A Buick Electra plays a large role in the story, but it’s still an inanimate object. It is a means to an end, and its end is very fitting.
Another nice feature of this novel is there are no huge explosions, no death-defying feats. It’s a book about people who have known tragedy and trouble and have the strength and the sense to face it and start again.
Maria has been running for a decade from her teen-aged self. She was ready to move on from boyfriend Randy, but found herself pregnant at the same time. Maria knows what to do — go to El Paso, have an abortion. But her boyfriend does something irreversible and it drives Maria far from home, finally settling in Oregon, living a simple and unencumbered life.
She knows she will never get over what happened, and she loses contact with her mother, misses her father’s funeral and does not even contact her brother.
Marcus has failed miserably at his questionable venture, a Venus fly trap farm and education center in Silt, N.C. Well, no one comes to Silt, and Marcus can’t stop spending money to do things for his center and his beloved plants. Like a child with his fingers stuck in his ears, Marcus ignores bills, then warnings, then threats from the bank. He knows something will change, but when it only gets worse, he, too, runs away, leaving the family farm to the bank without bothering to tell his sister, Annie, or their mother.
He ends up in the small Texas town Maria fled, still singing la la la as he parks his truck, with everything he owns in it, near a hiking trail that wanders into Mexico.
Wouldn’t you know it? Drug smugglers like pickups and Marcus’ is long gone, along with the last bit of money that half belongs to his sister.
Maria is coming home to Pinto Canyon, Texas, because her stony mother has asked for her help. She’s just inherited the motel where she’s worked all her life and it’s too much for one person, she says.
The reunion is filled to the brim with things unsaid, and remains tight and strange as Maria’s mother continues to not say the things Maria wants to hear.
When Maria thinks she might reopen the closed restaurant at the motel, it’s obvious she needs a car, having relied on public transportation for so long, so her mother sends her to Bobby Kepler’s car lot, where Marcus is also looking for a car so he can continue his flight into Mexico.
They hone in on the same vehicle, a light blue 1984 Buick Electra. Maria comes up with the crazy idea that they can buy it together and share it, and Marcus is so malleable that he agrees with few questions.
So they begin their journey through tragedy, failure, loss, silence and catharsis.
Parker is so right not to make this a romance. These are two damaged people, damaged in totally different ways, who have to find their own way up the hill. Maria has to get over the horrible incident that happened behind the Airstream trailer still parked at her mother’s house, and Marcus has to get a grip on his obsession and total lack of direction.
Maria’s mother, Harriet, has to get over losing her husband and her longtime lover, along with her daughter and son, who has not spoken to his mother in years. The family is not just dysfunctional, but non-functional.
And there’s the Buick, with its own history of happiness and sadness, disappointment and rejection. It’s the symbol that supports Maria and Marcus as they take their journeys.
When the tears do come, they are long-deserved, long held back and squashed down, as Maria relives grief and asks for forgiveness and forces her mother to finally tell her the truth of their family.
For Marcus, it’s different. He has learned to forget how much his sister hates him and forget his ruined Venus fly trap farm and his education center. He has to slim down, simplify and just live day to day.
Parker’s final chapter is heartbreaking in its simplicity and message, done with a light, sincere touch of genius. Like Maria, you might find yourself thinking about it over and over and giving in to tears much later.
Parker makes it clear there are no easy answers, no outside force that will come in and tidy everything up, no fairy godmothers. These people save themselves, and they work hard at it, because they’ve been hard for so long, hard and shut up and lost.
Parker’s writing grows with each book, and here he has created something truly special, something improbable and plausible, sad and triumphant and completely embraceable.