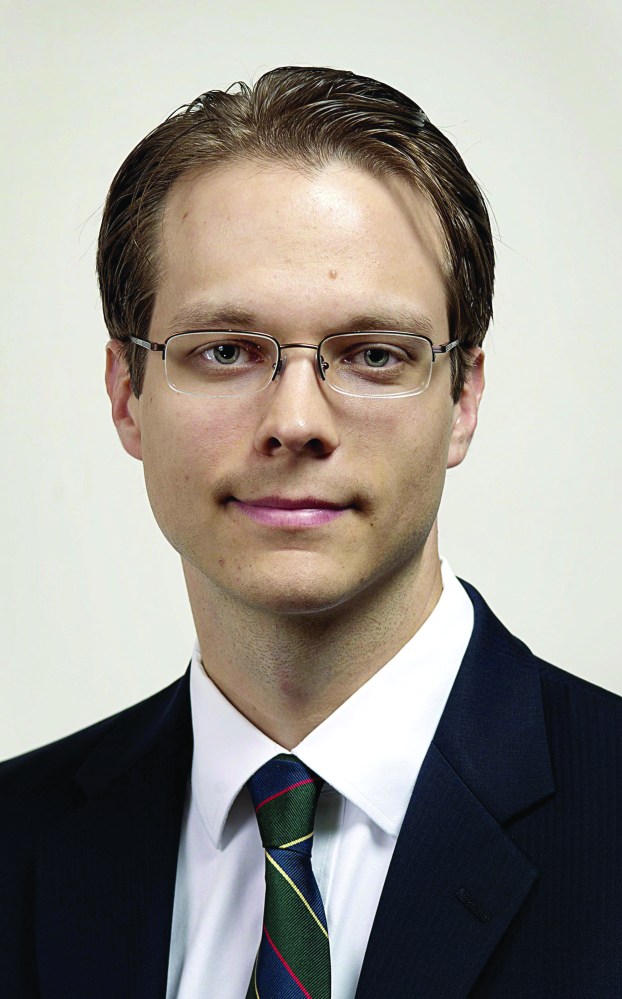 A few words about the city manager

Doug Paris was named the Post’s Newsmaker of the Year at the end of his first year as city manager in 2012.
Now, in 2014, the biggest surprise of the year to date is the termination of Paris’ contract with the city of Salisbury.
The reasons still are unclear. After a five-hour closed-door session with Paris, council members said the separation was coming about by mutual agreement.
Call me nostalgic. I thought this was a good time to review some quotes by and about Paris throughout his time with the city.
• City Council named Paris, then assistant city manager, as interim manager as the council looks for a replacement for longtime City Manager David Treme.
“It’s my career. It’s what I went to school for, and it’s my passion,” Paris said. “My plan is to be a city manager in Salisbury or some other city in the future.”
• The city and county were at odds in October 2011 about merging operations at a new 911 center.
“We run a more corporate-style government,” Paris said. “…Rowan County may operate a bit differently, and we may have a clash of two cultures, two government cultures.”
• Treme spoke proudly of Paris in March 2012, as “young Doug” was about to be sworn in as city manager.
“I hired him. I thought he was the best of the best,” Treme said. “I knew that he would be a city manager one day and maybe even in Salisbury.”
• Council member Brian Miller explained why the council went with such a young manager, since Paris was only 27 at the time.
“The experience he didn’t have as a city manager was overcome by his experience in our system and his knowledge of the city’s needs,” Miller said.
• Mayor Paul Woodson praised Paris’ work in refinancing bonds and renegotiating Fibrant’s phone service contract.
“He thinks like a businessman,” Woodson said. “He goes after money, he goes after savings. … Of all the candidates we interviewed, he’s the only one who really knew Fibrant.”
• Paris, who hoped the Rowan-Salisbury Schools’ central office would be built on city property on South Main Street, said in March 2012 that talk about the possibility had brought a spike in interest around the site.
“We’ve actually already heard some interest from the private sector about investments in the 300 block,” Paris said. “We’re excited in this economy that so quickly private investment would be lining up in the corridor.”
Integro Technologies soon announced plans to build in that block.
• In May 2012, Paris promoted Elaney Hasselman, formerly the city’s communication manager, to public information officer.
“She exceeded every expectation I had and the management team had,” Paris said.
• Jim Sides, chairman of the county commission, refused to meet with the school board and council to talk about the central office in December 2012 because, he said, the city was not a stakeholder in the deal. Paris disagreed, since the city was offering a site and a parking lot.
“Now council has directed staff to look at joint financial scenarios in order to make a full office financially feasible,” Paris said. “We are a stakeholder. That is evidence of stakeholder-ness.”
Paris later sent Sides a gift-wrapped dictionary, so the commissioner would know the definition of “stakeholder.” Sides sent it back.
• Alas, the site had environmental problems.
“The unknown orphan tanks that were not documented required more dirt to be removed than originally expected, which accounts for the large hole you see on South Main,” Paris said.
• Woodson again sang Paris’ praise when the city manager was named 2012 Newsmaker of the Year.
“He has exceeded our expectations in every way,” Woodson said.
• Fast forward to 2014, when Moody’s downgraded the city’s bond rating due to debt and risk associated with Fibrant.
“We wholeheartedly disagree with the decision,” Paris said. “Where we came from is not where we are going.”
Indeed.
Elizabeth Cook is editor of the Salisbury Post.

How does one come to a mutual agreement or vote to terminate someone and they end up with a “golden... read more