Scoring cranks up after lightning delay in 5th 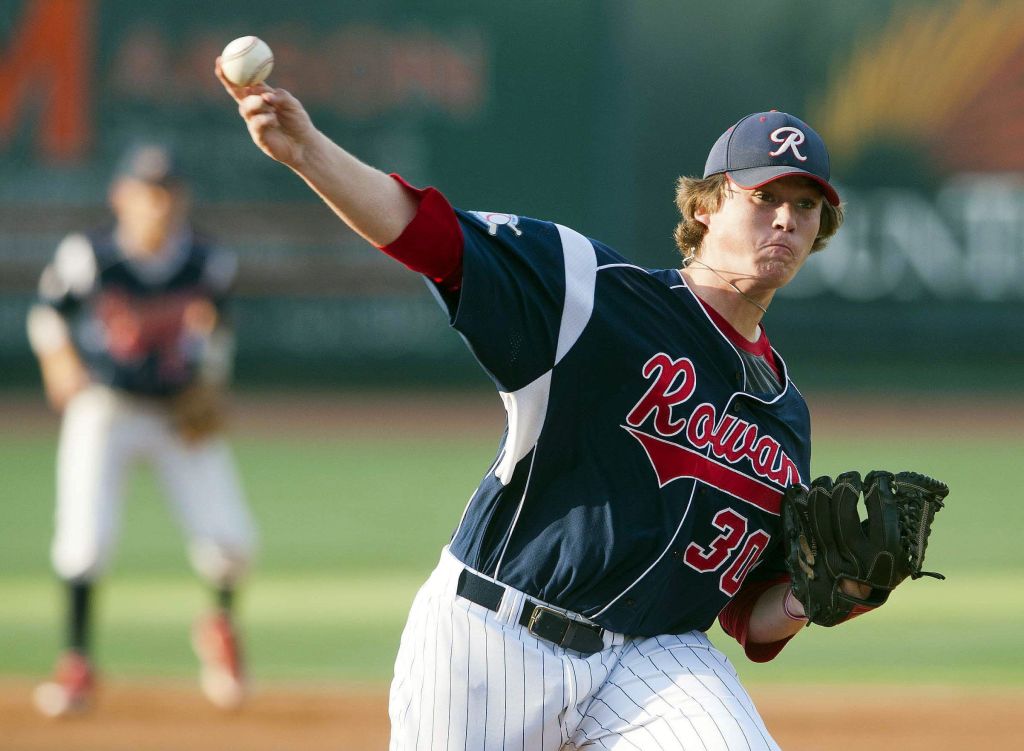 SALISBURY — The Rowan American Legion team is now 2-0 in their division of Area III. Rowan also is 2-0 in lightning delays.
Rowan pounded out 15 hits and enjoyed stellar pitching at Newman Park Friday night as they rolled past county rival Southern Rowan 11-1 in eight innings. In the process Rowan (12-4) had to endure their second lightning delay in three games but still maintained their edge.
“The guys did a good job of dealing with a delay two times in a row,” coach Jim Gantt stated. “I am proud of them for being able to refocus and get it done.”
Rowan had just taken a 5-1 lead in the fifth on a long double by Chance Bowden when the umpires cleared the field due to the lightning sighting.It never did rain substantially but the two teams had to wait just over 45 minutes to resume.
Before the delay, Rowan was in control behind a strong effort from starting pitcher Chase Jarrett. He went five complete and allowed just one run on two hits. After the delay Harrison Bell shut Southern down for two innings then lefty Brandon White finished it off in the eighth.
“I felt really good tonight throughout,” said Jarrett, who improved to 3-0. “I felt confident going in and got a lot of groundball outs. Of course when the team is scoring runs behind you it makes it so much easier.”
It was a different experience for the Southern Rowan team (3-8, 0-1), which was playing its first game since June 7 due to rainouts and a graduation break. The players never got untracked against the Rowan team with only four hits plus they committed five errors in the field.
“That is what you worry about when you come off a long break,” Southern Coach Ben Hampton noted. “The guys were off kilter a bit. It was also obvious at the plate because we had very slow bats tonight. The bottom line is we just didn’t play how we needed to play tonight.”
With their third win in a row, Rowan continued to play at a high level with the bats especially. Their 15 hit attack was led by Michael Caldwell and Luke Setzer with three each. Setzer continued his torrid pace with a pair of doubles and four runs batted in as part of his production.
Bowden and Ryan Jones had a couple of hits as well while Riley Myers drove in a pair. “We saw a lot of good arms tonight,” Bowden said, “but we were able to get some pitches and put up some runs.”
The score stood at 6-1 in the bottom of the eighth when Rowan racked reliever Bo Corriher for 5 runs on four hits to end the game by the run-rule. Three Southern errors in the frame added to the misery. The key blows were a two run double by Setzer to make it 10-1 then a pinch hit single by Heath Mitchem to close it out.
Rowan got to Southern starter Colton Laws and reliever Dillon Atwell in the third with four singles to take a 3-0 lead. An errant pickoff throw aided the cause. Laws departed in the third with the same tender elbow issues that had plagued him during high school season.
Atwell went 1 2/3 and allowed two more runs.
Dylan Snider pitched 3 solid innings for Southern allowing just a single run in the seventh on Michael Pinkston RBI single.
“It hurt when we lost Laws in the third,” Hampton said. “We were looking for six or seven innings out of him but it didn’t work out. Our other guys pitched well but we didn’t make plays behind them.”
The two teams will play a return match tonight at South Rowan field at 7 p.m. as both are in a marathon stretch of games to close out the division regular season by next Friday … lightning permitting.
“It is tough to play every day,” Bowden said,” but we come out here every day and have fun and enjoy it, especially when we keep winning. That is the best thing.”
NOTES — It was a night of special recognitions and awards at Newman Park prior to the game. The Mark Norris award for Rowan County prep player of the year was presented to East Rowan’s Michael Caldwell. Mustang pitcher Connor Johnson received the Patrick Snider Memorial Award as Pitcher of the Year. Making the presentation were Patrick’s parents Jennifer and David Snider.
Also on hand were four World War II veterans from Gen. George Patton’s 737th Tank Battalion, They were in town this weekend for their 67th reunion. Included were James Deal of Faith, Bob Kluttz of Salisbury, Jack Pritchett of Alabama and Manny Perez of Illinois. The group received a standing ovation.