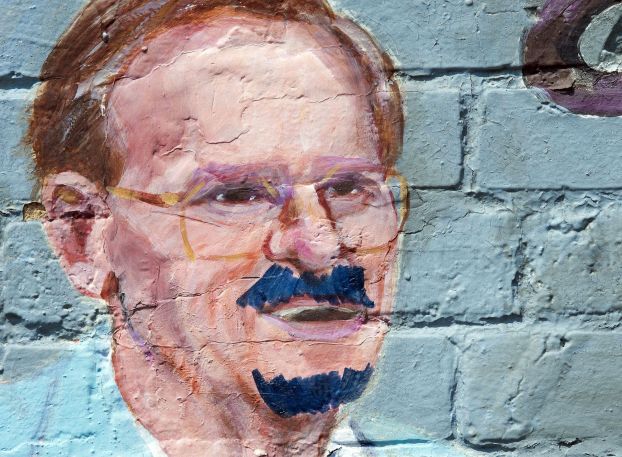 Laurels to the N.C. American Legion and N.C. American Legion Auxiliary for sponsoring Tar Heel Boys State and Tar Heel Girls State for 75 years. The programs — again this year being hosted by Catawba College — bring together hundreds of young men and women from across the state for weeklong, hands-on workshops on the importance and operations of government. The rising high school seniors establish mock cities, legislatures and political parties, draft and debate legislation, and hear from government and organizational leaders. The American Legion says it believes ”there is no better way to ensure the survival of our republic than to train our young people in the ideals and objectives of American government. By teaching youth to understand and appreciate the basic principles involved in the successful management of a democratic society, we can keep America strong and ensure freedom for future generations.” After 75 years, it’s still a great start.

ggg
Dart to the vandal or vandals who defaced one of Salisbury’s most notable works of art, the mural in the 100 block of West Fisher Street. Officially titled “Crossroads — Past into Present,” the mural was commissioned by the Rowan Art Guild and painted by Salisbury native Cynvia Arthur Rankin as part of the Third Century Artist program in 1980. It depicts more than 100 notable Salisburians from the city’s past, and that’s how the vandals struck, using a dark blue marker or paint to put mustaches and beards on some of the men in the mural. Writing graffiti on the side of a building or road sign — while a criminal act — is different than marring a work of art meant for public enjoyment. Even hooligans can have a sense of community pride.
ggg
Laurels to Rick Barnhardt and son Caleb Barnhardt. Twenty-one-year-old Caleb was recently recognized by the Salisbury Rotary Club as the Rookie of the Year for the Salisbury Fire Department. His father, Rick, 44 and now division chief of emergency services with Kannapolis Fire Department, earned the same distinction when was a rookie firefighter in Salisbury. And they don’t just serve professionally. Rick began his firefighting career 28 years ago as a volunteer with the Kannapolis Fire Department. And both Barnhardts, who live in Rockwell, volunteer for the Rimer Fire Department on their days off. Rick calls firefighting “a rewarding career,” and Caleb says, “I love it.” Like father, like son, and we could use more like them both.

RALEIGH — Fiscal conservatives think government is too large, costs too much, and tries to do too much. Fiscal liberals... read more