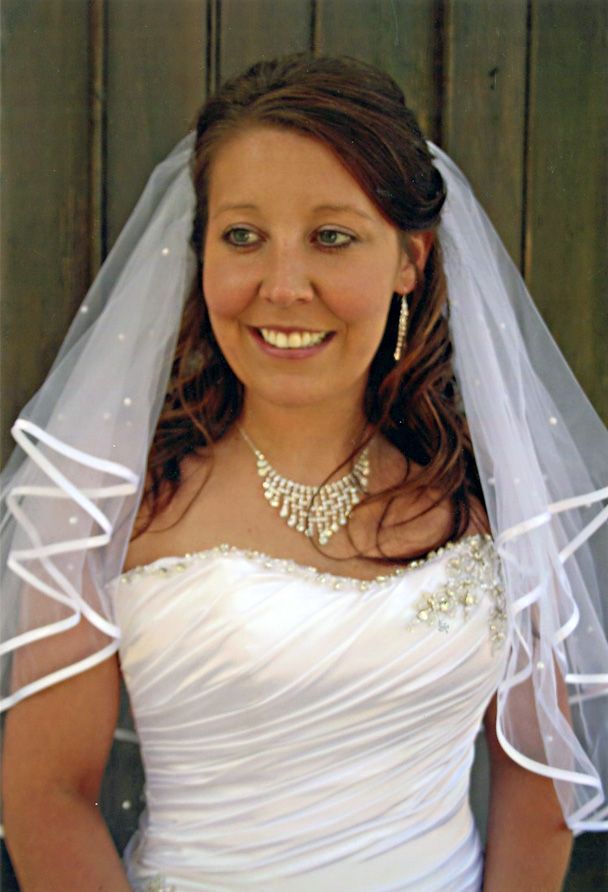 GOLD HILL — Brandy Michelle Mullis and Sean Gregory Allen were united in marriage Saturday, June 14, 2014, at Morgan Ridge Vineyard. Pastor Brian Rabon officiated the 5 p.m. ceremony, which was followed by a reception.
The bride was escorted by her father and attended by Holly Morgan of Kannapolis as maid of honor and Aprille Furr of China Grove as matron of honor. Her bridesmaids were Leah Self, Erin Curlee, sister of the groom Sherry Desmond and Ashley Myers.
Michael Gantt stood as the groom’s best man. Serving as groomsmen were brother of the bride Dustin Mullis, brother of the groom Kevin Allen, Rusty Curlee and Josh Agner, both nephews of the groom. Serving as ushers were Cory Desmond and Keith Desmond.
Haley Homewood, niece of the groom, was flower girl. Ring bearers were nephews of the bride Dalton Mullis and Jude Mullis and nephew of the groom Caleb Allen.
The bride is the daughter of Todd and Lori Mullis of China Grove. She is the granddaughter of Don and Bonnie Jenkins and Grady and Alda Mullis, all of Kannapolis. Brandy also graduated from Cabarrus College of Health Science in 2011. She is employed by Dermatology Group of the Carolinas.
The groom is the son of Cynthia Allen and the late Stephen Allen of Salisbury. A 2004 graduate of West Rowan High School, Sean is employed by Henkel.
Following a wedding trip to St. Lucia, the couple will make their home in Salisbury.