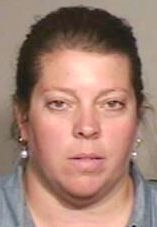 Iredell school official charged with embezzlement once worked in Rowan

STATESVILLE (AP) — An official has been accused of stealing money from Iredell-Statesville Schools.
Police say 34-year-old Melissa Dawn Creason, the public information officer, was arrested Thursday on more than a dozen charges, including embezzlement. She faces 16 counts of obtaining property by false pretenses and five counts of embezzlement of state property by an official.
Creason held the same position with the Rowan-Salisbury Schools 2003 through 2006.
School officials say Creason inappropriately used travel funds and stole the district’s property from October 2007 to June 2013.
Statesville Police Chief Tom Anderson said the investigation began in April when I-SS officials contacted the SPD about suspected criminal activity involving Creason, who subsequently resigned.
Investigators with the Statesville Police Department, in conjunction with agents from the N.C. State Bureau of Investigation, began an investigation.
Creason is due in court later this month, and it wasn’t known if she had an attorney. Her bond was set at $30,000.