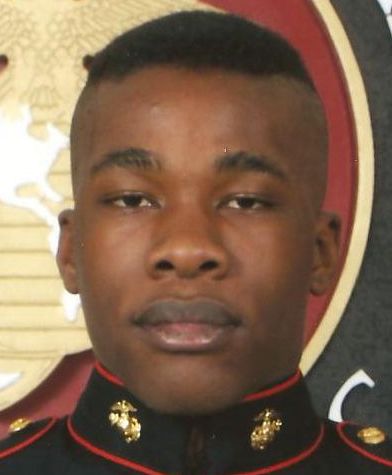 A public viewing will be held today for a Salisbury native who died last week just a few days shy of his high school graduation.
Jaquez D’Andre Hunter-Cathey, 19, went to Mountain Island Lake in Gaston County with some friends where he drowned near a cove. Hunter-Cathey attended Salisbury High and was a state champion wrestler. He was a senior at East Gaston High School in Mount Holly where he was a state contender in wrestling and a member of the ROTC.
A public viewing will be held from 2 p.m.-7 p.m. today and Thursday from 9 a.m.-11 a.m. at Noble and Kelsey Funeral Home, 223 East Fisher St.
The teen was also about to enter into the United States Marine Corps where he had already completed training and had been accepted.
Gaston Police said Hunter-Cathey and three others were illegally swimming in the lake and had to cross a fence to gain access, according to published reports.
Friends told officials Hunter-Cathey went under and they searched for nearly two hours for him after a bystander told them he’d climbed out of the water onto the other side of the cove. As reported by WBTV, police said the friends finally called 911 around 6:30 p.m. and Hunter-Cathey was found just after 8 p.m. not far from where he was last seen in the cove.
Hunter-Cathey is survived by his mother, Sonja Hunter of Charlotte and father Andre Cathey of Salisbury. He has a number of siblings and other family who also live in Salisbury.
Contact reporter Shavonne Potts at 704-797-4253.