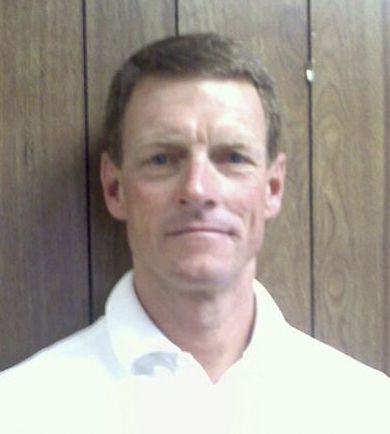 Former Grease Monkey co-owner Kyle Eller was struck and killed while the 53-year-old was riding a bike Monday in Iredell County.
Eller of Statesville was riding at 5:22 p.m. on a route he’s taken often on Barry Oak Road between Mocksville Highway and the Rowan County line when he was struck by a large Ford pickup. N.C. Trooper Sgt. Zeb Stroup said the person who hit Eller did not stop.
The Statesville Record and Landmark reported late Tuesday that an arrest had been made in the case.
The N.C. Highway Patrol arrested Robert Kyle Harkey of Barnhill Road around 9 p.m. and charged him with felony hit-and-run causing serious injury or death. His bond was set at $75,000.
Stroup said officials had been looking for a Ford F-250 or F-350 that is between a 2011 and 2014 model.
Witnesses stayed at the scene and rendered first aid to Eller but were unsuccessful in their attempts to save him. He died at the scene.
Before the arrest, Eller’s brother, Charles, who co-owned the Salisbury Grease Monkey franchise on West Innes Street, made an appeal to anyone who saw something to come forward.
“Turn yourself in,” he said earlier of the driver of the pickup, “if you know them, come forward.”
Kyle Eller leaves behind a wife, Kristi, and two adult children: Cliff, 24, and Elizabeth, 21.
The brothers, who were very close, opened the automotive repair shop fresh out of college in June 1988. They bought the franchise in November 1987, Charles said.
A couple of years ago the two sold the franchise to the husband and wife team of David and Sheila Newell.
“He was not only a great brother and friend, but a very dedicated and loyal business partner. He always did his best and put the people of Salisbury first. He loved Salisbury and the Salisbury community,” Eller said.
Kyle was in semi-retirement, but the two remained business partners. Kyle and Charles were working as consultants/affiliate marketers for Vemma Corp.
Kyle and Charles were avid cycling, running and exercise enthusiasts.
Charles said his brother had a good heart and was a “good, dedicated, Christian man.”
“We did everything together,” Charles said.
In fact, according to longtime friend Phil Rodgers, Charles would’ve been with Kyle biking if he’d not been injured in a bicycle accident about a month ago.
He said his friend died doing what he loved. Rodgers worked as manager for Grease Monkey under the brothers, left the company and returned under the new owners. He’s tried to be there for the family during this difficult time, he said.
Rodgers said Kyle was like a brother to him and he’s disheartened to know someone would hit his friend and then leave him there.
“I can’t understand how someone would hit someone and keep going. He was a wonderful person,” he said.
Rodgers said Eller’s wife, Kristi, is doing pretty well. He said the family members are relying on their faith to get them through. Kristi and Kyle attend West Avenue Baptist Church, he said.
“He knew the Lord and she knows where he’s at,” Rodgers said.
The Ellers have another brother, Bill, who lives in the Greensboro area.
Contact reporter Shavonne Potts at 704-797-4253.