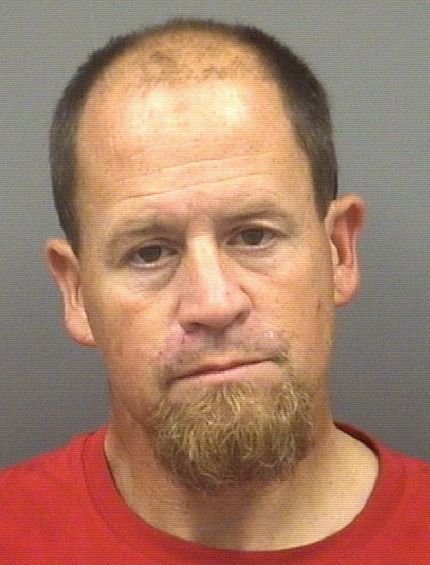 A man who co-owns the Mooresville Dragway was charged overnight with drug and weapons offenses after deputies stopped him at a traffic checkpoint.
The Rowan County Sheriff’s Office said Jody Allen Leazer, 45, was not far from his home in the 800 block of Wilkinson Road, Mooresville, when the drugs and gun were found.
Sheriff’s officials charged Leazer with felony possession of a firearm by felon, misdemeanor carrying a concealed weapon, misdemeanor possession of drug paraphernalia, felony possession of controlled schedule I substance, simple possession of controlled schedule II substance and and felony altering a gun serial number.
Deputies stopped Leazer in a Chevrolet Silverado pickup around 1 a.m. at NC 152 and Wilkinson Road. Leazer admitted to not having his license on him, a report said. The officer checked Leazer’s name and it alerted that his license was expired. Leazer then admitted to the deputy the license plate on the truck belonged on his GMC Yukon so the officer ran the vehicle identification number and found there was no insurance on the pickup and the inspection sticker had expired.
The officer asked Leazer to step out of the vehicle, and he complied, saying he didn’t have any illegal substances on him. The officer checked Leazer and found two Oxycodone pills in a plastic container in his pocket, according to the report. Another deputy searched the vehicle, discovered a pouch in the backseat and found two and a half Oxycodone pills and a cut straw in a plastic bag with an opaque crystal-looking substance. Deputies tested the substance and determined it was crystal meth, the report said.
Officers found a 22-caliber handgun between the driver’s seat and the center console. The handgun had the serial number scratched off, the report said.
“He said he bought the gun off a patron at the drag strip,” said Capt. John Sifford.
Leazer has been convicted in the past of felony drug possesion, misdemeanor school attendance violation and misdemeanor larceny.