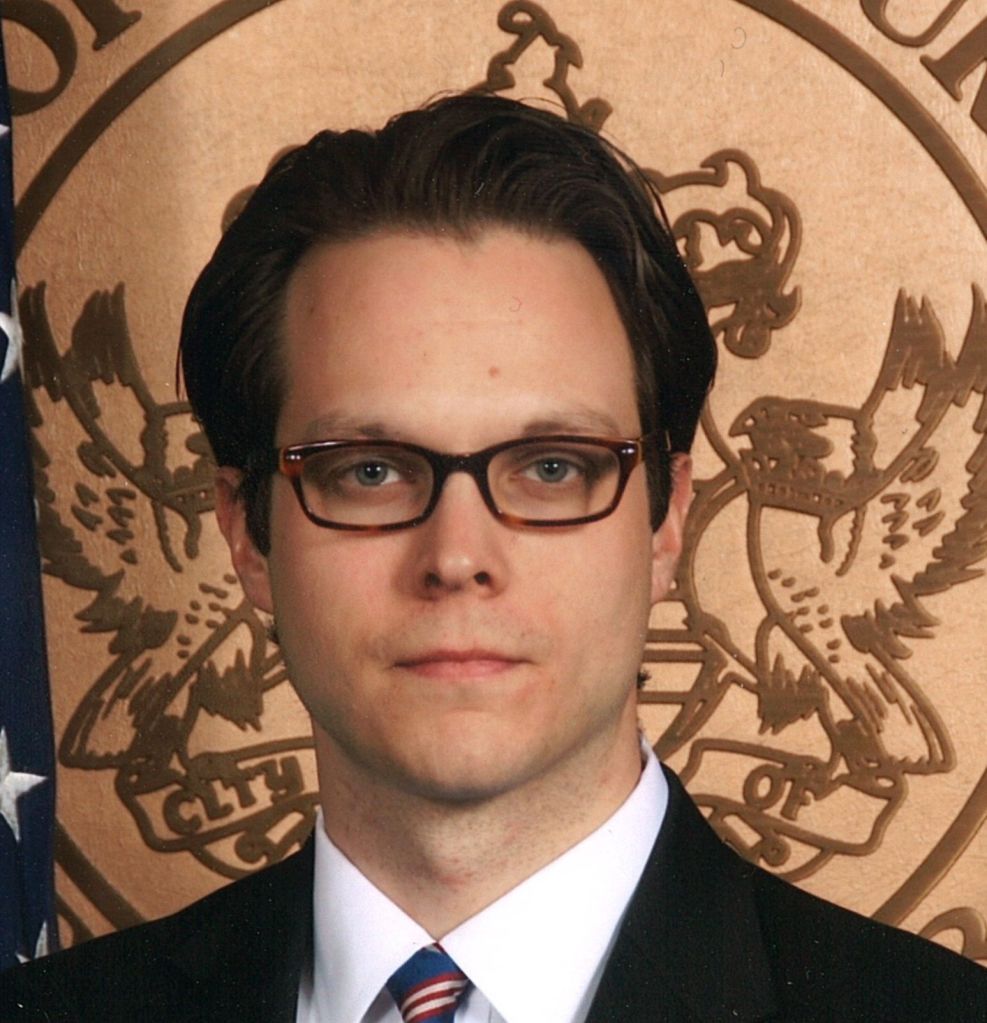 SALISBURY — Doug Paris, at one time called the city’s “rising star,” is out as Salisbury city manager, effective immediately.
Salisbury City Council members emerged at 10:48 p.m. after a nearly five-hour closed session Tuesday. Mayor Paul Woodson said the contract between the city and Paris had been mutually terminated.
Councilman Brian Miller made the motion to agree to the termination. After a lengthy pause, Councilwoman Karen Alexander seconded the motion. The vote was unanimous with Woodson and Mayor Pro Tem Maggie Blackwell also voting yes.
Councilman Pete Kennedy was absent.
City Council immediately appointed Assistant City Manager John Sofley as interim city manager.
Paris emerged from the closed session a few minutes before City Council members. He sat in his customary seat at the dais until council members appointed Sofley as interim, then Paris stepped down.
After the meeting, Paris said Sofley “is going to do a fantastic job.”
“We agreed to part ways by mutual agreement,” Paris said in a statement. “This was not an easy decision, however the timing is very good for me.
“I loved my run at the city. It was an amazing time with incredible people. The trajectory of both Salisbury and Rowan County are moving in a strong, positive direction.”
Woodson said Paris will receive a severance package and the details would be worked out today.
There was no closed session on the printed agenda. Around 6 p.m. at the end of the regular meeting, Miller said he had become aware of the need for a closed session regarding personnel.
After the marathon session, Woodson said Paris was a good city manager.
“I’m pleased with Doug, Doug did a good job for us,” Woodson said. “When somebody decides to leave, you don’t always know exactly what’s on their minds. So that’s more of a personal situation.”
When asked if the departure was Paris’ idea, Woodson reiterated that it was a mutual decision.
“I think he’s done a good job, and I’m personally going to write him a very good letter of recommendation,” Woodson said.
Paris did not say whether he has another job and why the timing of his departure was “very good.”
Woodson said City Council would honor the contract with Paris as originally written.
Paris, 30, took over leadership of the city in early 2012 after the retirement of his mentor, long time City Manager David Treme, who had brought him into the fold as a summer intern in 2007.
He was the youngest city manager serving a North Carolina city of Salisbury’s population or larger.
City Council members called Paris a “rising star” when they unanimously appointed him as interim city manager and later hired him as the permanent replacement for Treme after a nationwide search.
City Council did not seem prepared for Tuesday’s lengthy closed session. As the hours wore on, Blackwell emerged to ask city staffers who remained in the council chambers to adjust the temperature in their private room and, around 10 p.m., to order food. Council members also requested water and a notary public.
Contact reporter Emily Ford at 704-797-4264.

Give your two cents on proposed city budget