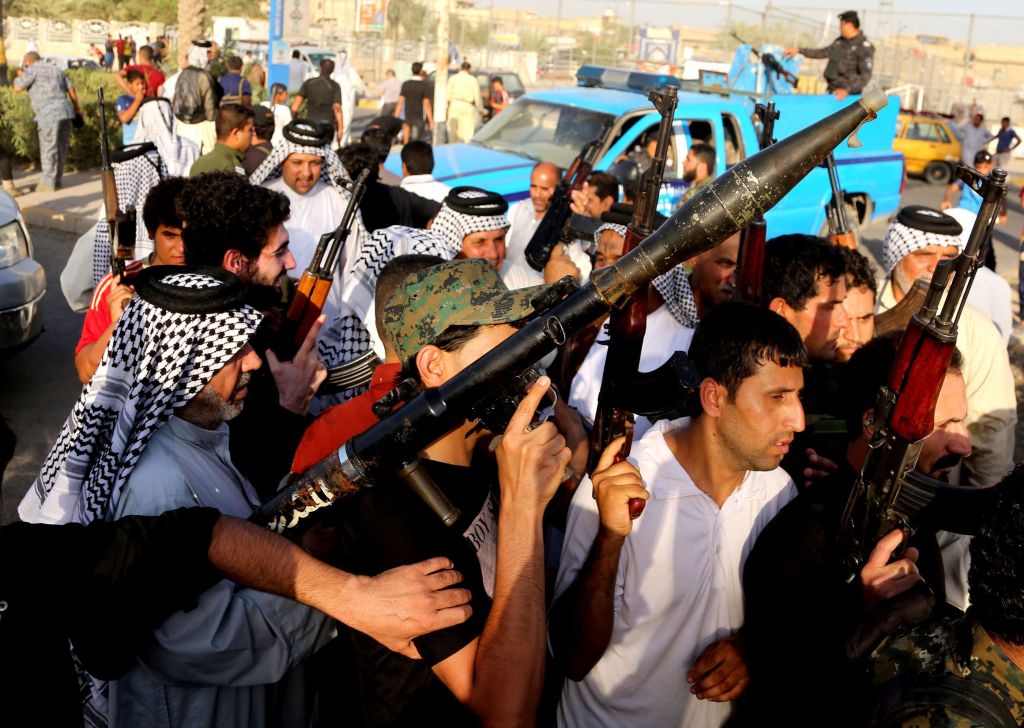 The Associated Press
Your daily look at late-breaking news, upcoming events and the stories that will be talked about today:
1. MILITANTS LAY SIEGE TO IRAQ’S LARGEST OIL REFINERY
Fighters of the al-Qaida-inspired Islamic State of Iraq and the Levant began their attack on the Beiji facility, some 250 kilometers north of Baghdad, threatening the country’s domestic energy supplies.
2. ‘KEY LEADER’ CAPTURED IN BENGHAZI EMBASSY ATTACK
The Obama administration says Ahmed Abu Khattala, allegedly a terror chieftan in Libya, will be tried in a federal court in the U.S.
3. DEATH ROW PRISONERS EXECUTED IN TWO STATES
An inmate in Georgia and another one in Missouri received lethal injections in the nation’s first capital punishment cases since a botched execution in April.
4. WHAT MAKES UKRAINIAN BOY JUBILANT
The 11-year-old Ihor Lakatosh, whose severe burns left him with one arm fused to his body, can now walk again after numerous surgeries in Boston.
5. WHO PINS HOPES ON NO. 3 SPOT IN HOUSE GOP LEADERSHIP
For tea party Republicans, the majority whip position entails lining up votes to ensure victory for their legislative agenda.
6. NEBRASKA HIT BY UNUSUAL DEADLY TORNADOES
The two twisters tracked nearly side-by-side before touching down within about a mile of each other.
7. GENERAL MOTORS CEO TO APPEAR BEFORE CONGRESS AGAIN
Lawmakers will have more questions about how much Mary Barra knew about a problem with ignition switches when she was the company’s product development chief.
8. AMAZON POISED TO UNVEIL NEW PRODUCT
Media reports indicate it’ll be a phone — perhaps one with multiple cameras that can produce 3-D photos.
9. MIDDAY WORK BAN ON ARABIAN PENINSULA SPOTLIGHTS LABOR RIGHTS
The measure to protect those in outdoor jobs from extreme temperatures during the hottest months starts in summer, but Gulf Arab countries are holding back support of new international standards to prevent what some call “modern-day slavery”.
10. WHERE SOCCER IS MORE THAN POETRY IN MOTON
In Brazil, futebol has a poetic language all its own to match the beauty fans see in the game: when a shot falls a certain way, a player kicks a certain way, or when a goal is played with a particular elegance.