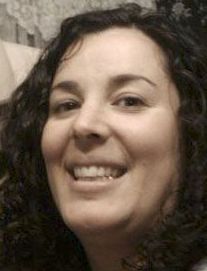 No escape from violence

Toney Ann Johnson’s obituary says she worked for a behavioral health organization where she was “an advocate for those who were unable to help themselves.”
Tragically — if what investigators and what court documents from previous cases say is true — Johnson was not able to help her ex-husband overcome the violent nature that led to her own death, nor was she able to escape him regardless of a court order that blocked contact.
Rodney Roberto Wallace is in the Rowan County jail, facing a charge of first-degree murder for allegedly killing Johnson last week outside the Spencer home she shared with their 4-year-old son and her parents.
If Wallace is guilty as charged, Johnson’s death is one of nearly two dozen domestic-related homicides across North Carolina so far this year.
When Johnson was murdered, Wallace was on probation for assaulting her. Earlier this year, he pleaded guilty to a charge of assault on a female following a January incident in which Johnson said he lured her to his apartment by stealing the wiper blades off her car, then refused to let her leave.
According to Johnson’s statement, Wallace shoved her into furniture, leaving bruises on her chest, legs and arms, and cut her clothes off with a razor blade. A judge ordered Wallace not to contact Johnson and to see their son at a monitored location. He was also ordered to complete a batterer’s intervention program. That was in March, three months before Johnson’s murder.
According to the North Carolina Coalition Against Domestic Violence, 62 people were victims of domestic-related murder in 2013, the majority of them women. There have been 23 such homicides so far this year. Johnson is the latest victim listed on the organization’s website.
As with any crime, Wallace is presumed innocent until proven guilty, and he’s entitled to his day in court. But if the charges against him are proven, even Johnson’s leaving Wallace and getting a divorce didn’t save her life.
Unfortunately, many women live with domestic violence, afraid even to break away from their abusers. Taking that step could save some of their lives.
If you know a woman in a violent relationship, tell her about the Family Crisis Council of Rowan County. The agency maintains a shelter for women and children, and offers counseling, a 24-hour crisis line at 704-636-4718, and other resources for which details are available online at www.familycrisiscouncil.org .

Only July 4, were you an American abroad?

Have you ever celebrated the Fourth of July abroad? The Salisbury Post is putting together a Celebrate America guide, to... read more