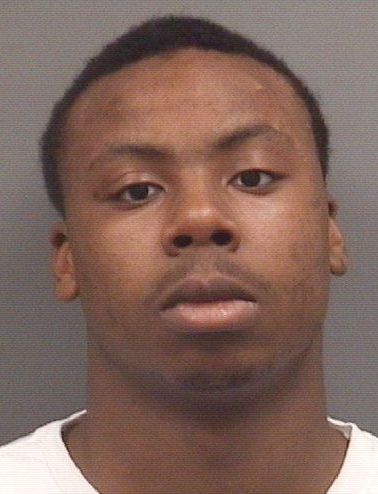 EAST SPENCER — An East Spencer teenager remained in the Rowan County Detention Center on Sunday under $50,000 bond after police say he stole a rental car.
Ronald Robert Wells Jr., 18, of Grant Street in East Spencer, is charged with felony larceny of a motor vehicle. East Spencer Police say he stole a 2014 Chevrolet Cruz worth $20,000 on Saturday. Enterprise Rental owns the car.
Wells was out on bond with four felonies pending when the offense occurred, according to police. He is scheduled to appear in court Monday.
SALISBURY — A Salisbury man faces drug charges after police say he ran away from an officer issuing him a ticket.
Eric Lamont Miller, 25, of Tanglewood Drive, on Friday ran away from a Salisbury Police officer who was trying to write a citation for trespassing at 1614 Standish St., according to police.
Miller was jailed under $15,000 bond and charged with felony possession with intent to sell or deliver 13 grams of marijuana, felony possession with intent to sell or deliver a controlled substance, misdemeanor possession of drug paraphernalia and misdemeanor resisting a public officer. He is scheduled to appear in court Monday.
KANNAPOLIS — The Rowan County Sheriff’s Office says a Kannapolis woman tried to sell two stolen guns at a pawn shop.
Amy Annette Tadlock, 51, of Deal Road, tried to sell a stolen Pardner .410 shotgun and a stolen Mossberg 20 gauge shotgun, authorities said.
Tadlock is charged with felony obtaining property by false pretenses and was jailed under $5,000 bond. She is scheduled to appear in court Monday.

ROCKWELL — A Rockwell woman tried to pawn a variety of jewelry that was stolen, authorities said.
The Rowan County Sheriff’s Office said Misty Dawn Clonch, 27, of Sides Road in Rockwell, tried to pawn a three-stone mother’s ring, six-stone mother’s ring, gold bracelet and gold ring with diamond cluster worth $925 that was stolen from another woman in May.
Clonch was jailed under $2,000 bond and is charged with three counts of felony obtaining property by false pretenses and misdemeanor possession of stolen goods. She is scheduled to appear in court Monday.

Everything from bait to shotgun shells available at sporting goods store