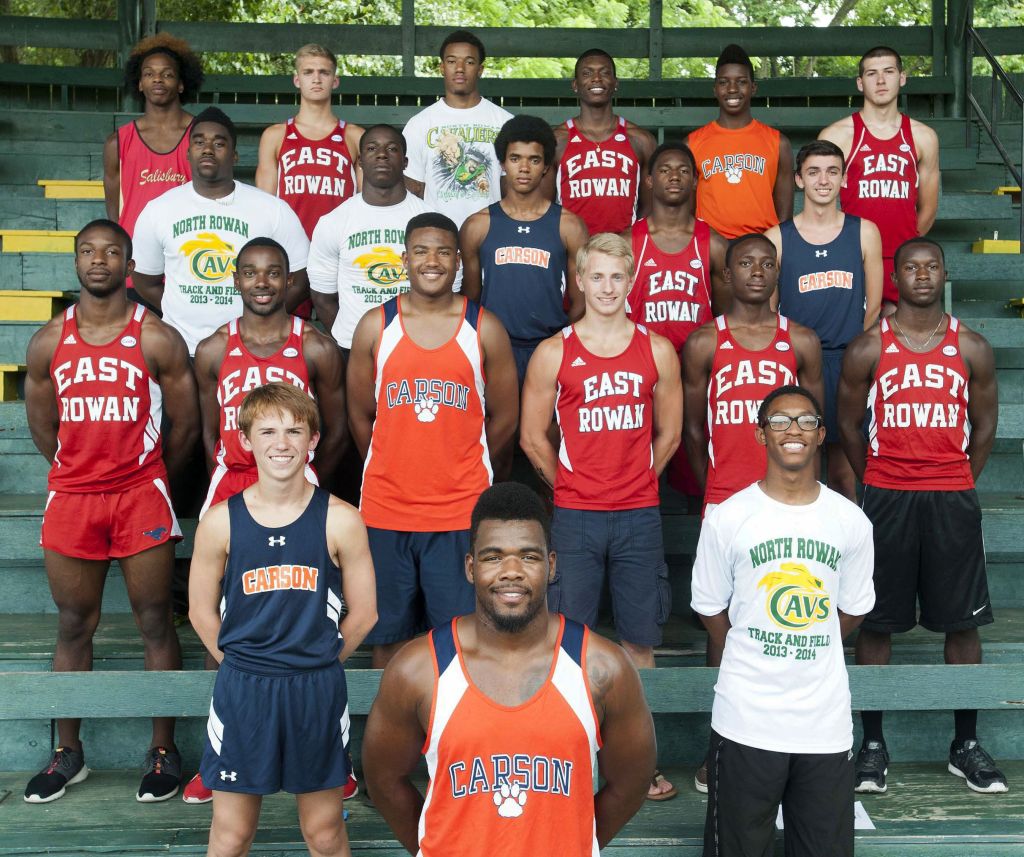 Carson’s MyQuon Stout would probably be referred to as the football star that throws the shot put.
Truth is, he’s been one of the state’s best hurlers in the shot put and discus throughout his prep career.
An Appalachian State football signee, Stout placed third in the shot put and second in the discus at the state 3A meet last month. That’s pretty good, although Stout feels he could have won state if not for scratching what would have been better throws in both events.
“I wasn’t happy at all,” Stout said. “I scratched what could have been the winning throws.”
Such is the life for the 6-foot-1, 240-pound man-child that sets a high standard for himself. His gumption led to a county boys track athlete of the year honor.
Stout won the state 3A shot put championship as a sophomore, throwing 55 feet, six inches. 58-61/2 is his personal best.

Stout’s entered a friendly competition with teammate Tre Williams, who helped Stout get invested.
“We compete against each other a lot,” Stout said. “Since seventh grade, he’s pushed me and I’ve pushed him.”

Stout was a county athlete of the year finalist this year. He’s graced the pages of the Post as much as anyone for the last few years. A two-time all-county football selection, Stout played in the Shrine Bowl

was also used to help Colton Laws in the paint
Stout probably has the brightest athletic future of any of the seniors, having signed the only Division I football scholarship. The coaches at ASU want Stout to throw the shot, discus and maybe even the hammer.
“It was a good year,” Stout said. “I wish it all would have ended better than it did.”

“You’ve got to work on your technique, getting stronger and getting more explosiveness,” Stout said.

Stout plans on being a business major at App. His girlfriend, Hannah Elmore, will play volleyball about an hour away at Brevard.
•••
The entire all-county boys team is listed on the scoreboard page.