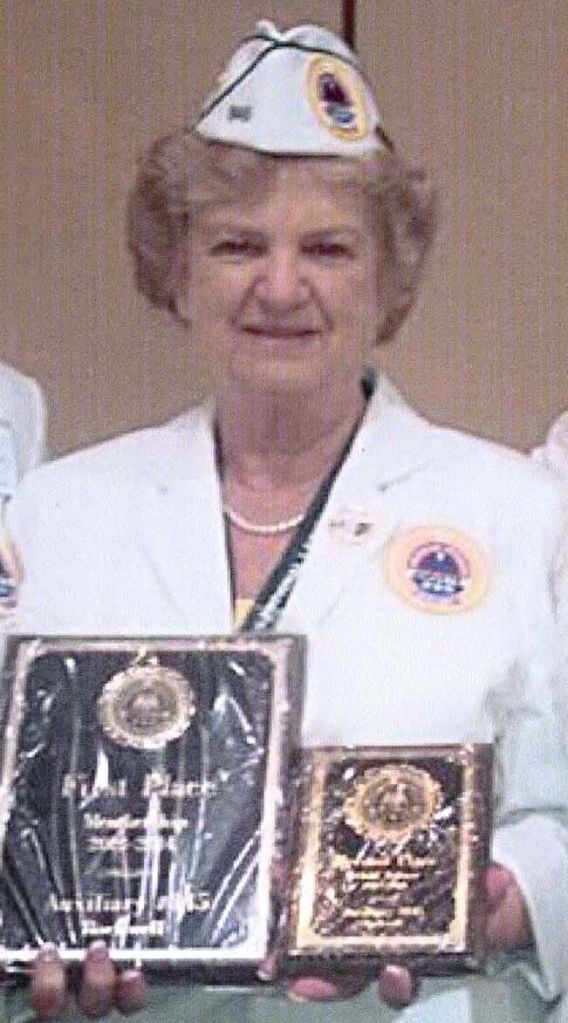 ROCKWELL — The annual Euart reunion was held on Sunday, June 8, at Rockwell United Methodist Church. The covered dish meal began at 1 p.m. with announcements by president Rick Yost, followed by prayer with the Rev. Warren Miller of Rockwell United Methodist Church. There were 44 family and friends present.
Carl Euart was the oldest in attendence and Clara Adams, daughter of Ashley and Bradley Adams, was the youngest.
Traveling the farthest distance were Randy and Debbie Lomax and Casey of South Carolina.
Married the longest at 64 years was Carl and Zula Euart.
Flowers were presented by family members in memory of those who have passed: Carolyn Euart Morgan, Bill and Louise Yost, Howard Lomax, Calvin Ewart and Charles and Sue Webb.
The next reunion will be held on June 14, 2015, at the church.
Judi Bullabough of Mocksville was elected state president for the AMVETS ladies’ auxiliary in Greensboro on June 8.
She is from a strong military family with veterans dating back to the Civil War. Her late husband, James Bullabough, served in the navy as did her two brothers. Her two sons, Vann and Marty Jones, served in the Air Force, and grandson Collin Russell is now serving in the Navy. Brother-in-law Carrol Vick and seven nieces and nephews have served in the Air Force, and a great-nephew is now serving in the Navy.
Bullabough is a member of Auxiliary #845 in Rockwell. She served as president for three years and has been community service chair, child welfare chair, ways and means chair and liaison.
On the state level, she served as chaplain, third vice president, first vice president and now state president.
The main objective for AMVETS is to serve those who served us, through programs such as service dogs in Paws with Cause, the John Tracy Clinic for children and grandchildren of veterans, St. Jude Children’s Hospital and local VA hospitals.
Ladies’ auxiliary members spend many volunteer hours at the VA hospitals in programs such as monthly bingo for the patients at the Salisbury V.A., Christmas distribution of gifts, Make-a-Difference Day, serving coffee to patients and more.
Delta Xi Omega Chapter of Alpha Kappa Alpha Sorority Inc. Emerging Young Leaders Program (EYL) partnered with Gethsemane Missionary Baptist Church to sponsor the 2014 Community Youth Summit.
The summit was held on May 31 in the James L. Stowe Fellowship Hall of Gethsemane Missionary Baptist Church, at 719 S. Caldwell Street.
Four workshops were presented: Pros and Cons of Social Media, presented by Anthony Johnson; STEM, presented by Amy Pruitt; and Health and Nutrition, presented by Marsha Pruitt. Dixie Dalton also presented a workshop specifically for parents.
The Emerging Young Leader’s Program is a signature program for middle school girls designed to cultivate and encourage high scholastic achievement, develop leadership skills, enhance civic engagement and build character. The EYL Program also gives participants an opportunity to attend cultural activities and events.
Renese Bates is the president of the local chapter of Alpha Kappa Alpha Sorority Inc. and Carolyn Holt is the Chairman of the EYL Committee.