COOLEEMEE — When North Carolina’s first public museum dedicated to telling the story of its thousands of cotton mill people opened in 1995, it drew praise and acclaim across the region.
Now, 20 years and many thousands of visitors later, it has temporarily closed to make way for a major makeover. While Cooleemee’s Mill House Museum down the street remains open, the museum at the historic Zachary House will be closed for three months.
When it reopens Sept. 27, 2014, “We will be telling the same amazing saga,” says Textile Heritage Center Director Lynn Rumley, “about the several million farming people who once moved to make their homes in mill towns and villages across the Piedmont South. Only now we have so many more photographs and artifacts to tell this story with.”
In the years since its first exhibit was crafted, the small former mill town of Cooleemee became a hub for a regional textile heritage movement that eventually encompassed natives from 160 different textile enclaves. Cooleemee’s pioneering historical association, museums and local school heritage program have served as models for textile preservationists along the South’s cotton mill belt from Virginia to Alabama.
Textile historian Jim Rumley contends that the South’s industrial revolution. ignited by a textile building boom from 1880-1915, was very different because it was shaped by a rural folk culture. “Nobody offered us a Marshall Plan after the Civil War,” he said. “When we turned to textiles, our people had expectations it would be based on mutual benefit. This shaped these places, operations and values.”
Two retired teachers, Susan Wall and Donna Henderson, are part of the exhibit working group along with artist Bonnie Byerly and the Rumleys. The Cooleemee Historical Association is seeking donations to match a $1,000 grant of Davie tourism dollars expected this summer. 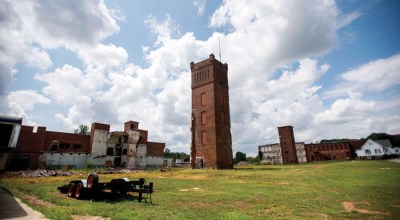 Search continues for man who jumped off boat at High Rock Lake; teenager drowns at Cooleemee 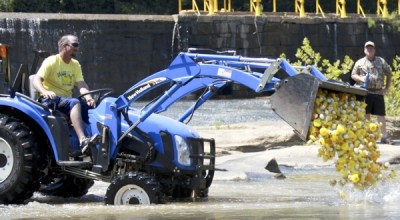 Thousands of ducks to race at Bullhole Saturday