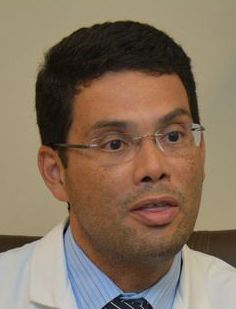 SALISBURY — The Hefner VA Medical Center received an infusion of $21 million last week to reduce the length of time veterans have to wait to get appointments with doctors.
The new money comes as part of the Accelerating Care Initiative launched by the Veterans Health Administration in response to a scheduling scandal first revealed at the Phoenix VA Medical Center this spring.
According to Kaye Green, director of the Salisbury VA Medical Care System, the 14-day scheduling goal behind the controversy was not realistic.
“Our goal is really to get patients in within 30 days,” Green said last week.
A recent audit of scheduling practices at the nation’s 731 VA hospitals and clinic found more than 57,000 veterans have been waiting for up to three months for medical appointments.
The Hefner VA Medical Center has the state’s second-highest rate of veterans getting an appointment scheduled in less than a month — 96 percent. However, veterans at the Salisbury hospital wait nearly two months to see a specialist and longer than a month for mental health, according to the report.
The audit team that visited the Hefner VA Medical Center voiced no major concerns about scheduling at the facility, according to Green.
But the Charlotte VA Clinic that is part of the Salisbury VA Healthcare System that Green oversees is listed among 81 sites that will undergo further review because of issues found there.
Changes are already in the works in the Salisbury VA, which has a $320 million annual budget, Green says. Targeting areas where capacity needs to grow, the hospital has added Saturday clinics, started requiring some staff to work overtime and asked part-time physicians to increase their hours.
“Where we can’t build capacity fast enough, we’re going to give veterans the option of being seen in the community, at our cost,” Green said.
While VA hospitals in some parts of the country are seeing only slight growth, the Hefner VA’s patient load has grown nearly 80 percent over the past decade, from 51,072 in 2003 to 91,659 in 2013. Nationwide, the Veterans Health Administration’s patient growth has also been strong but less dramatic, growing 25.2 percent over 10 years.
The No. 1 reason cited for scheduling delays, the audit found, was the need for more physicians. The Salisbury VA has 200 on staff, Green said, and could use more as it deals with a growing veteran population and expands the services it offers.
Green said data and patient complaints made her staff realize a year ago that patient waits needed to be reduced. One step taken to address the need was to hire “gap” physicians to fill in when others were out and to be on hand when it was time to hire another staff physician.
“That’s actually helped us get ahead of the curve and be sure that we have access for new patients in primary care,” Green said.
As the hospital adds new services to give veterans more complete care, it must compete to recruit new specialists and subspecialists.
And that’s not easy, said Dr. Charles A. de Comarmond, interim associate chief of staff for medicine and chief of Infectious Disease Service.
“In general, it’s not just recruiting anybody, it’s getting the right people with the right skill sets — not just the first person that comes through the door — to be able serve our population,” de Comarmond said.
As more veterans turn to the VA for primary care, that triggers a demand for specialty care, he said.
“These are not your average young patients coming into the system, he said. “These are patients with a lot of comorbidities requiring specialized care.”
Within the medicine department, de Comarmond said, patient encounters have grown from 48,000 in 2007-2008 to 78,000 last year.
The number of subspecialties at the Hefner VA has grown from five in 2007 to 11 now, he said.
“Now we are the largest provider of hepatitis C care in the country, … we are the third largest provider of sleep medicine care … and we are the sixth largest provider in terms of endoscopy and GI care,” de Comarmond said. “So that brings things into perspective.”
Primary care doctors at the VA carry a patient load or panel of 1,200 patients, compared to about 2,000 in the private sector, according to Green. VA doctors are seeing a patient population that is older and has more health problems than the typical physician in practice, she said.
De Comarmond said the hospital was also striving for efficiencies in appointments. Doctors had been scheduling 60 minutes for initial checkups and 30 minutes for follow-ups. Some took more and some took less. Now the physicians’ time is divided into 20-minute slots.
“That has been extremely successful,” de Comarmond said. The doctors started having more slots available and access has improved.