‘Time of transition’ as High Rock cuts back 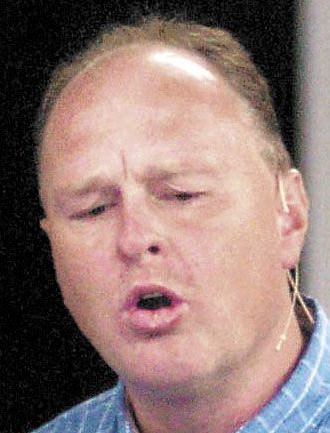 Ten years after opening on July 4, 2004, leaders say High Rock Church has seen steady growth and success in its mission.

But after slow growth at new campuses added last year, and with donations lower than expected, acting Lead Pastor Jon Allen said the church has reached “a crucial time of transition.”

On June 1, in a video message played at its eight campuses, the Rev. Mike Hillard, chief financial officer, told members of changes being made due to “financial realities the church currently faces.”

Four full-time and three part-time staff were being laid off. Campuses in Albemarle and North Wilkesboro would become independent.

Despite “phenomenal growth” since opening in September, the High Rock campus in Myrtle Beach would close.

And founder and Lead Pastor Ray Johnson announced his resignation, saying he was “putting 100 percent of my support” behind Allen as his successor.

Meanwhile, Allen confirmed in an email to a Post reporter Wednesday that the Kannapolis campus will also become independent.

Kannapolis Campus Pastor Brian Duncan said Thursday that the congregation made that request so they could better serve their community.

Going forward, Allen said the church “must change as an organization to serve the people of High Rock Church in a way consistent with the ministry of Jesus.”

In his June 1 video message, Johnson took responsibility for the church’s difficulties.

“With pure motives and a true heart for evangelism I have led the church into some risky and aggressive exploits to advance His Kingdom by launching campuses in new territories,” Johnson said, according to a transcript of the video provided by Allen.

In a phone interview Thursday, Johnson said the decision to resign was his alone.

“It wasn’t my fault that the campuses weren’t successful, but it happened on my watch,” Johnson said. “… I feel like it’s probably time for High Rock Church to take a different direction.”

Hillard, a Life Groups pastor at High Rock for six years, took over as CFO in January.

In a phone interview Thursday, Hillard said the church tightened its 2014 budget in light of slow growth and reduced giving.

But Hillard emphasized that the decision to add three campuses last year was made after careful study.

The church’s multi-site model “was obviously working for almost nine of our 10 years,” both financially and spiritually, Hillard said.

Before opening a new campus, Hillard said, “we do detailed studies of the community, and ages, and needs.”

“We did all the same due diligence in Myrtle Beach … but we just did not receive the same results that we had achieved at the other campuses,” Hillard said.

Leaders had anticipated weekly attendance of 800 to 1,000 people at Myrtle Beach, Hillard said. Recently, attendance has averaged around 300 people per week, he said.

Hillard said leaders considered Myrtle Beach’s tourist population in planning, but there are more vacation and rental homes in the area than originally thought.

Meanwhile, the new High Rock campus in Harrisburg has been successful, Hillard said, averaging “between 400 and 500 per week.”

But low attendance elsewhere combined with decreased giving to create what Hillard called “a perfect storm.”

In the past, the church has held fundraising campaigns for new campuses, Hillard said.

Hillard estimated the church had raised 65 percent of its goal in the most recent campaign.

He declined to state the specific amount of that goal, but said it was larger than previous campaigns.

Hillard declined to provide a copy of High Rock Church’s budget, saying those financial figures are “not public information.”

The church is not required to file an annual report with the state or the Internal Revenue Service.

Hillard said the church makes an annual report to the congregation, and he said members are encouraged to contact him or the church’s certified public accountant if they have questions about High Rock’s finances.

Going forward, Hillard said the church will not consider expanding for the foreseeable future, and is implementing “a plan that takes us back to being financially secure and strong.”

Allen, who was traveling back to Myrtle Beach on Thursday, said via email that the church would work with High Rock staff members who had been laid off “to help them transition to the next step in the journey God has for them.”

Hillard said members of the Myrtle Beach campus will meet this week to celebrate the life of that church. The last official worship service there was held June 8.

Both Hillard and Allen said they hope the Myrtle Beach congregation will form a new church.

The North Wilkesboro campus is reverting to its previous name, Celebration Church.

The Albemarle campus, which operated as East Albemarle Baptist Church before merging with High Rock, will become Uwharrrie Community Church.

The Kannapolis campus will be known as Fusion City Church, and Duncan said the church is working on an agreement to sublease its current meeting place from High Rock.

Duncan said the Kannapolis congregation, founded in 2008, averages 300 to 350 worshipers per week.

While still supportive of High Rock, members in Kannapolis “are absolutely on fire, just excited about something fresh and new,” Duncan said.

During the coming month, members will vote on whether to accept Allen as permanent lead pastor.

In his eight years as a pastor with High Rock Church, Allen has filled multiple roles, including three years as pastor at the Salisbury West Campus on Jake Alexander Boulevard.

“As with any changing organization, what led us to this point will not lead us forward,” Allen said.

Among his tasks as lead pastor would be to increase efficiency, give more power to local campuses and implement greater financial transparency and accountability, Allen said.

“There is much to be done, but if we commit to the process together, I believe the best days of High Rock Church are in front of us,” Allen said.

Allen said that reactions from church members included “both concern and support.”

“As we continue to walk through this process, our desire is to set forth a vision of what High Rock will look like in the near future and encourage our church members to come together, as the body of Christ, to step into the future that God has for our church,” Allen said.