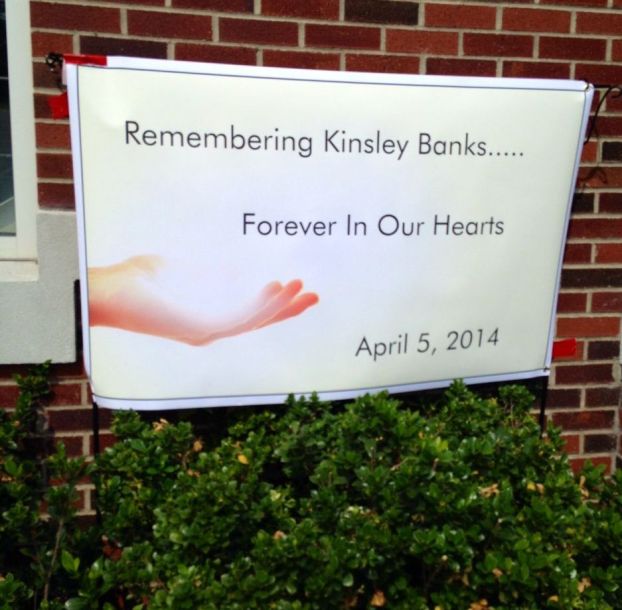 The spirit of Faith

I have written a lot of columns since signing on with The Gaston Gazette on June 6, 1950. Boxes of them.
Many have been about the little town of Faith and the people who live there. It is my hometown. Born in 1925. Left home at 18 for Air Force. Been back many times. It still is a small town. Population 650. I still go back.
People would be talking religion and say that they were “born in faith.” I’d say I was, too, and I could prove it. It was on my birth certificate.
I have written many times about members of my own family: Back then, it was Mom and Pop, my two sisters and five brothers. And, Grandma. Don’t forget Grandma. And all of the other nieces and nephews and in-laws. Used to be 100 or more for the Christmas party.
This column today would be solely about pain and suffering, like a lingering disease, if I had written it several weeks ago. It would have been real to the quick, and hurt without end.
After all, Holly Moody had just lost her baby and the people of Faith, especially Faith Lutheran Church members, knew the reason for numbness. They had Holly and her family in mind.
They had no reason to believe the baby wouldn’t be born normally. Shortly after the birth, however, a sense of urgency stepped in. The child was airlifted to Levine Children’s Center in Charlotte, where conditions did not improve. They nosedived. Doctors sent word to Holly and her family back in Salisbury. Get Holly to Levine fast.
She was there to hold her baby. Briefly.
They named her Kinsley Banks Moody. She looked a lot like her handsome little brother.
After the birth, Holly spent several days and nights in excruciating pain. She couldn’t walk. She returned to the hospital for several days.
A series of doctors saw her. For six weeks, she experienced terrific pain. Eventually, she was able to take a few steps. Recently, she began driving again and playing with her 20-month-old son, Brooks.
In the meantime, expenses were mounting. Someone made an estimate and came up with a figure of more than $85,000.
The C.J. Moody family was hurting financially. Holly’s brother, Justin Williams, came up with a plan to raise money on Facebook for his sister through Giveforward. The Social Ministry Team of Faith Lutheran Church also was planning a barbecue chicken benefit along with Mike and Cathy Lyerly for June 7.
The word got out. Before long, 90 percent of the food had been donated. Forty people volunteered their services for the Saturday, June 7, affair.
It was estimated that 1,100 tickets would be needed. They were printed.
People could walk in and receive barbecue inside, or remain in their vehicles and use the drive-in service. A steady stream of barbecue lovers kept volunteers with Walkie-Talkies on the run.
At the end of the day, 57 chicken halves (out of 1,100) were left over. The next morning, Ginger Smith contacted Nazareth Children’s Home, two miles down the road. That day, a lot of little children got to eat barbecue chicken with a strong Faithful flavor.
Said Ginger Smith: “Little Kinsley only lived 12 hours, but what an impact she has had on so many people in her short life. I don’t know how to thank so many people for doing a wonderful job.”
I have often heard that charity begins at home.
In Faith, the word is, “What can we do?”
Want to contribute to the Moody Benefit fund? Send to: PO Box 279 Faith, NC 28041

This week I lost a little piece of my heart as my dear, sweet friend Foster Owen quietly “slipped the... read more