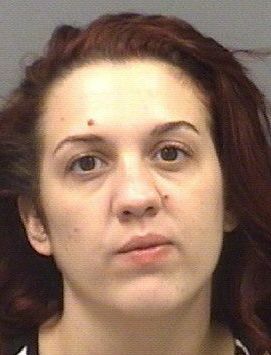 The Rowan County Sheriff’s Office has apprehended two suspects involved in selling opioid pain medications in Rowan County.
On June 9, David Michael Reese, 43, of 328 Maupin Ave., was arrested by officers of the Taylorsville Police Department. The arrest occurred after warrants were obtained by the Rowan County Sheriff’s Office charging Reese with conspiracy to sell oxymorphone. The warrant was related to an undercover purchase of five oxymorphone tablets from Reese and his wife, Natosha Hayden Reese, 33, on Oct. 18 in Rowan County.
David Reese was placed in the Alexander County Detention Center under a $7,500 secured bond.
Natosha Reese is wanted by authorities for four counts related to this transaction. Anyone with information related to the location of Natosha Reese should contact the Rowan County Sheriff’s Office at 704-216-8700.
On June 7, Breanna Leigh Church, 23, of 1310 Browdis Ave., Kannapolis, was arrested by the Kannapolis Police Department after deputies obtained warrants charging her with selling five oxycodone tablets on Oct. 14 to an undercover officer. Church was charged with one count of sell and deliver oxycodone, and one count of possess with intent to sell and deliver oxycodone. Church was also charged with selling a fentanyl patch on Oct. 23. She was placed under a $100 secured bond by a Cabarrus County Magistrate.