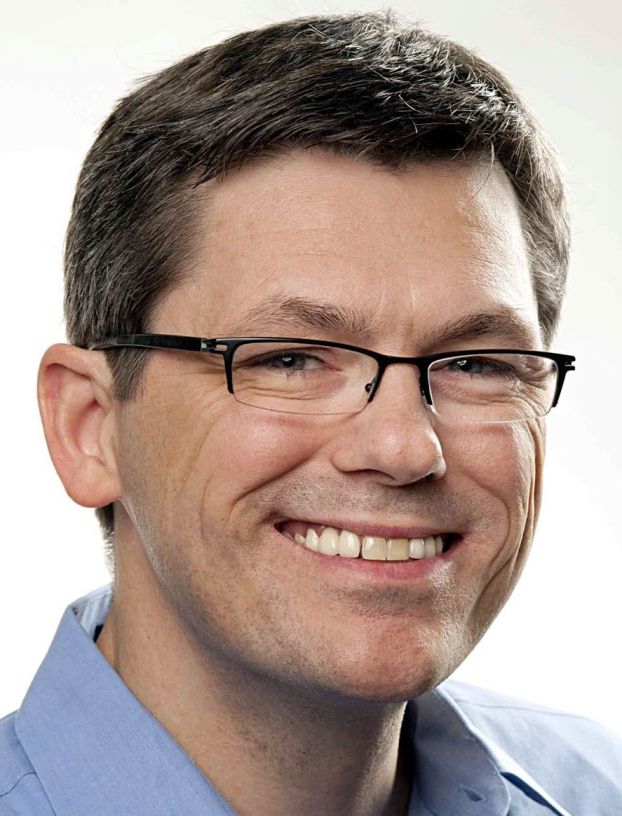 Learning to be a dad

The first time I saw my son, he was not wrapped in a newborn’s blanket. He was wearing a tuxedo.
The first time I saw my son, he was not crying, or sleeping. He was mugging a little, one foot crossed over the other in the universal symbol of nonchalance and making the “OK” sign with his right hand. He was smiling.
The first time I saw my son was not in a hospital, not even in person. The first time I saw him was in a photograph taken at a Ukrainian children’s home.
Tomorrow is Father’s Day, and for a lot of men, I suppose that’s become old hat. Thank you for the card, thank you for the call, thank you for the necktie, thank you for lunch.
For me, though, it’s still new. It will be only my second.
I saw my son, Edik, for the first time online, after reading a call in a church bulletin to host eastern European children for Christmas. There were pictures of a lot of kids on that website, but to us, he stood out. Maybe it was that tuxedo, one that had been worn by many other boys in the home and looked a little big on him.
But most likely it was that smile.
Seeing him in person that first time was a little overwhelming. We met him at the Atlanta airport. We had a sign with his name and picture on it — the picture from the children’s home. He saw it and immediately approached us. He seemed tiny for a 10-year-old. He was less nervous than I was. He called us “Mama” and “Papa.” He hugged us.
The one thing more overwhelming than meeting him was taking him to the airport and watching him leave. He was only with us a few weeks that Christmas, but we knew before he left that we wanted to bring him back for good.
And we did, in late 2012. After a false start and two trips to Ukraine, the second lasting a month, a judge granted our petition and congratulated us. It was real. He was ours, and we were his.
Since then, I’ve learned a lot about my son.
He needs to be fed regularly, and he outgrows his shoes every month.
He loves math and science. He does not love reading and writing nearly as much.
He gets car sick doing homework, but not playing video games. That has to be a recognized disorder.
He’s whip smart, but sometimes has to be pushed to make his best effort.
He loves to design and build. We’ve bought him elaborate, expensive and difficult Lego sets. He builds them, then takes them apart and uses the pieces to build something he dreamed up. He calls himself an engineer.
He loves chess, and he can’t believe it when I occasionally win.
He is very ticklish.
He is not gullible — at least not gullible enough to believe me when I told him that at 13, American children go to work and support their fathers.
And I’m learning to be a father.
I’m learning to be more patient.
I’m learning that discipline tempered with love is better than punishment.
I’m learning to enjoy things I never considered. I might even take up watching soccer.
I’m learning the things I love to do, I love even more when my son does them with me.
He’s not a perfect kid, but that’s OK; I’m not a perfect dad, and I never will be. I think I’m getting better, though. I know I’m still learning.
My son is teaching me.
Scott Jenkins is news editor of the Salisbury Post.