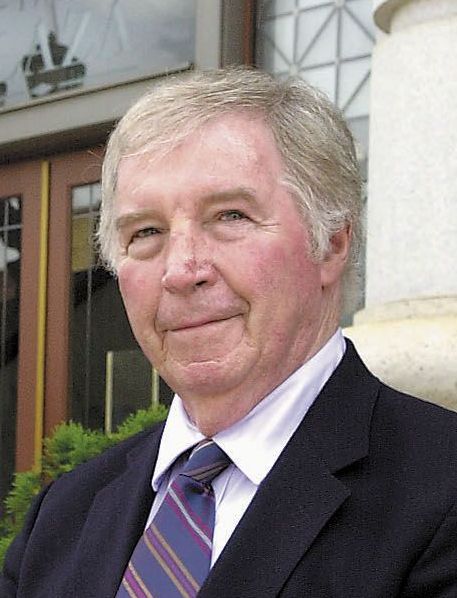 J. Foster Owen, seemingly everyone’s right-hand man in Salisbury city government for 31 years, died early Wednesday morning in Chapel Hill with his wife, Jean, and daughters Susan and Kate by his side.

In addition to his long career in local government — he retired as assistant city manager in 2002 — Owen left his mark on Salisbury in numerous other ways. He was well-known for his strong passions for the arts, considerable construction skills and love of music.

The deep-voiced Owen was part of a popular barbershop quartet, and he often was asked to play his banjo for various community events.

Details on services for Owen, 79, had not yet been received Thursday. In 2008, he and Jean moved to the Carol Woods Retirement Community in Chapel Hill, but they still returned to Salisbury often.

Family and friends report he had only been struck by a serious illness in recent weeks.

A southern New Jersey native and Catawba College graduate, Owen began his career with the city of Salisbury in 1971 as its first personnel director. He remarked once that things were simpler then, remembering how he solved a 1973 sanitation strike under a shade tree at the Community Building.

A pivotal point in Owen’s career came in 1986. After performing most of the duties of city manager on an interim basis and applying for the job permanently, Owen did not get the job.

He eventually went to the man who was hired, David Treme, and offered to leave, recognizing the awkwardness of the situation.

But Treme asked him to stay on, and the two men became close friends. Meanwhile, Owen seemed to do everything under the city government umbrella as he went from director of administration to assistant city manager.

Asked at retirement why he had never moved on, Owen said, “I was never willing to give up Salisbury.”

When he retired, Owen was still president of Waterworks Visual Arts Center, vice president of Downtown Salisbury Inc. and part-time facilities manager for the city.

Foster and Jean Owen also displayed a love for historic preservation, particularly in their meticulous rehabilitation of the Jerome House on South Fulton Street. Owen once judged they had spent 1,000 hours a year restoring the 1905 house (and former funeral parlor) and filling it with artifacts from Salisbury buildings lost to the wrecking ball.

The couple also made periodic trips back to southern New Jersey, where Jean had inherited land that included a 1810 farmhouse, which they also restored.