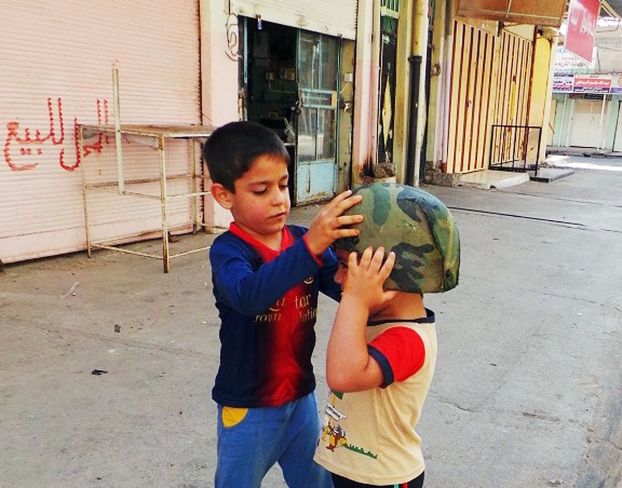 Your daily look at late-breaking news, upcoming events and the stories that will be talked about today:
1. INSURGENTS MAKE NEW INROADS IN IRAQ
Al-Qaida-inspired militants push into an ethnically mixed province northeast of Baghdad, capturing two towns there, officials say.
2. BERGDAHL BACK IN U.S. AFTER TALIBAN SWAP
A Pentagon spokesman says that the rescued Army sergeant will “continue the next phase of his reintegration process” at a Texas base.
3. RAMPANT TRAFFICKING IN THAILAND MAY CARRY PRICE
With tens of thousands of migrants being forced into labor, the country risks being lowered on a U.S. State Department watch list without major improvements.
4. WHAT MAY SURPRISE YOU ABOUT CELLPHONE TOWERS
They could be hidden in a cross, disguised as a cactus, a silo or a palm tree. The goal is the same: concealing what most Americans view as an eyesore.
5. WHAT A SPANISH TOWN SEEMS TO VALUE MORE
An AP review finds that at the height of Spain’s austerity, the local government paid the Villareal soccer club $27 million to promote an airport that was never used.
6. CALIFORNIA LAWMAKER ON TRACK FOR CANTOR’S JOB
Kevin McCarthy gathers support to become House majority leader, though some Republicans would prefer a stronger conservative.
7. FEDS WORK TO KEEP SURVEILLANCE METHODS UNDER WRAPS
The AP learns that the Obama administration has been pushing local police to keep quiet about the technology they use to sweep up cellphone data.
8. WHOSE BEHAVIOR IS GETTING BETTER
American teens are smoking, drinking and fighting less — though they’re still texting behind the wheel, a survey shows.
9. MANY WORKERS STILL WAITING FOR RAISES
Five years after the Great Recession, pay increases remain sharply uneven across industries in the U.S. and, as a whole, have barely kept up with prices.
10. WHO’S ON THE VERGE OF ELIMINATION
Miami’s dream of a threepeat as NBA champions takes a major hit when the San Antonio Spurs rout the Heat 107-86 to take a 3-1 lead in the finals.