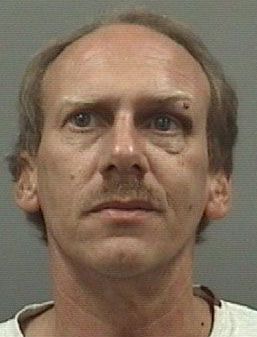 Salisbury man with history of DWI charged at home

A Salisbury man with a number of impaired driving convictions was arrested at his South Merritt Avenue home and charged with being intoxicated and disruptive. A woman told police Richard Corbett Hattaway damaged her house. He was found walking around his home Tuesday night cursing at neighbors.
Salisbury Police charged Hattaway, 55, of the 300 block of South Merritt Avenue, with intoxicated and disruptive and resist, obstruct, delay an officer, both are misdemeanors.
Hattaway told an officer he was not scared of the officer’s Taser and grabbed for it. The officer deployed the Taser, striking Hattaway in the mid-section with the Taser’s barbs. A report said Hattaway tried to take the barbs out himself and cursed at the officer.
In October 2012, Hattaway, then owner of Hattaway Radiator & AC Service, was charged with resisting arrest. A customer had his truck towed to the business and returned less than two hours later, but his truck and Hattaway were gone. Hattaway initially told police he didn’t know anything about the truck, but later admitted he remembered the truck, but didn’t have the keys.
Witnesses later told police they saw Hattaway park the pickup at Richard’s BBQ. Since 1998, Hattaway has been charged and convicted of a number of driving while impaired offenses. He was charged in February with his seventh driving while impaired charge, court records said. He was charged with driving while impaired while license revoked and resisting arrest. He was scheduled to appear in court Tuesday regarding those charges.
Police reports said officers had to place Hattaway in leg shackles because he was violent.
He remains in the Rowan County Detention Center under a $5,000 secured bond.