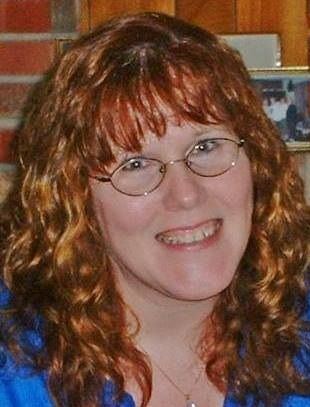 This week I lost a little piece of my heart as my dear, sweet friend Foster Owen quietly “slipped the surly bonds of earth, put out his hand and touched the face of God.”
Foster and his wife, Jean, were two of the first folks through our doors when Chris and I opened The Blue Vine in 2006, and we quickly became fast friends. I could always count on Foster for a marvelous bear hug, good advice, infinite amounts of encouragement and the surety that he’d be there supporting me no matter what. When he was around, everyone had a good time. He’d be dancing, singing, laughing, conversing and sipping a glass of his signature chardonnay.
Foster was also my no-holds-barred critic. He’d tell it like it is. I remember one Saturday morning opening an email from Foster after he and Jean had attended the live music the night before. We’d hosted a new group, a little Celtic trio — excellent musicians but with the stage presence of a cardboard box. Ever kind as well as honest, Foster proceeded to tell me that “they were really nice kids, but frankly, they bored the poop outta me!” I had to laugh and I also agreed. LOL.
Most weekends we would see Foster and Jean and the lovely entourage of friends they brought along. It wasn’t unusual to find Foster dancing with his lady love as well as his other dance partner, Ketti. Foster and Jean became part of our extended family and we loved them so very much!
When they made the decision to move to Chapel Hill, we were saddened that we wouldn’t see them as often, but they promised to drop in whenever they visited for a glass of vino, a chat and to again listen to some good music.
We threw them a “See You Again Soon” bon voyage party at The Vine before their move. We hosted his polka band, The Polka Dots, that night and we got to see Foster strut his stuff on the tuba. The well-wishing crowd was huge and we gave them a memorable bash to send them on their way.
Over the next few years, we saw each other infrequently, but Foster would drop in from time to time to have one of Chris’ turkey reuben sandwiches and his baked potato salad. I would get my “Foster hug,” hear his laughter, see that merry twinkle in his eyes and all would be right with the world. He kept the emails coming over the years and I never deleted any of them but tucked them in their own folder, little nuggets of encouragement and love, perfect for whenever I needed a Foster fix. They will now be treasured memories of my fine friend and his big heart.
In his heaven I know Foster is puffing on the tuba, picking on the banjo and dancing to beat the band. I can see his huge smile and hear his laugh ring out and you know what? I would just bet there’s a little glass of chardonnay somewhere nearby with his name on it! Farewell, my friend. God Speed. This isn’t good-bye; this is “See you again soon!”
Rose Meeks Jones is a freelance writer and former owner of The Blue Vine in Salisbury.

Amazing response by police officers The writer is referring to the armed robbery at Walgreens on East Innes Street. On... read more