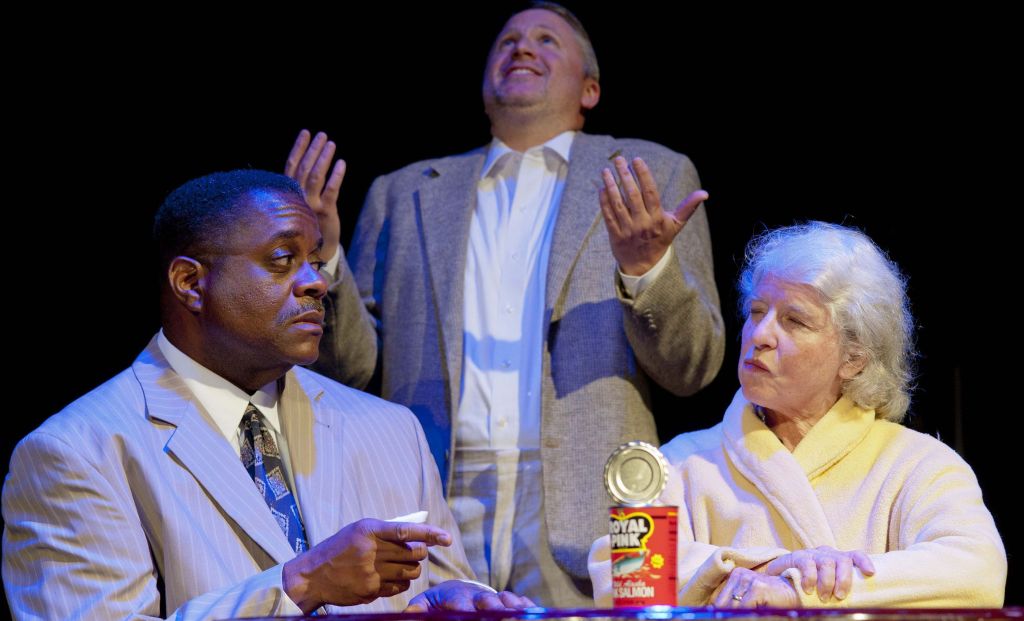 Audiences familiar with the classic 1989 film “Driving Miss Daisy” may not know that before it was an Academy Award-winning film, it was a Pulitzer Prize-winning Off-Broadway play. Both the play and the movie starred Jessica Tandy and helped to kick-start the career of Morgan Freeman.
Center For Faith in The Arts’ St. Thomas Players is presenting this play, produced by Lee Street theatre, starting next week in Salisbury.
St. Thomas Players is known for providing performances that provoke thought and discussion. While this play presents itself to be about a crotchety Southern citizen and her African American driver, Hoke, it’s also a play about people: their strengths and flaws; hopes and fears.
Audiences will be enthralled as they watch the characters age twenty-five years. During that time, events happen along the way that highlight the changes the characters face not only in their own relationships, but for the black and Jewish communities alike.
The cast is composed of three experienced actors. Linda Jones, executive director of the Salisbury Symphony, is the irascible and delightful Miss Daisy. Brian Daye, from Huntersville, plays Hoke. Brian is an actor, director and playwright. Preston Mitchell, an urban planner with the City of Salisbury, plays Daisy’s son, Boolie.
These performers have done a masterful job with these very complex and rich roles along with the help and guidance of director Claudia Galup, assistant director Lizelle Restar and stage manager Morgan Summers.
WANT TO GO?
• St. Thomas Players present “Driving Miss Daisy”
• June 19 through 21 at 7:30 p.m., June 22 matinee at 2 p.m., and June 27 through 29 at 7:30 p.m.
• All performances are at the Lee Street theatre & Performing Arts Center at the Tom & Martha Smith Event Center, 329 N. Lee St.
• For ticket sales and additional information, visit www.leestreet.org or call the theatre office at 704- 310-5507.