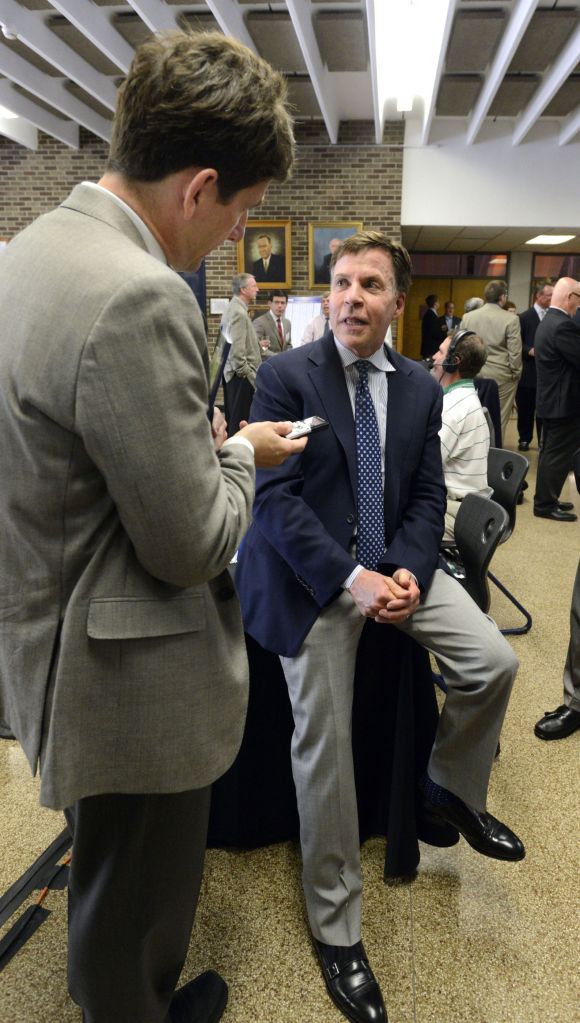 Members of the National Sportscasters and Sportswriters Association came into town last weekend and departed without rubbing elbows with most Rowan County residents. But they’re affecting us all nonetheless. Consider these numbers from last weekend’s NSSA festivities, reported by Dave Goren, executive director:
• About 475 people came for at least some of the weekend, whether it be just to play in the golf or tennis tournament, attend a seminar or attend all of the weekend’s events. More than 360 people attended the banquet and awards ceremony Monday night.
• All out-of-towners stayed in Salisbury. “We had 292 room nights combined between the Courtyard Marriott and Comfort Suites,” Goren says. “That does not count others who were paying their own way to come to the weekend or banquet who booked rooms at other hotels. I would guess the number would be in the low 300s total.”
• Facilities rented for the events included Lee Street Theatre for Sunday brunch; The Depot on Sunday for a barbecue dinner; Country Club of Salisbury for golf and a seminar.
• Caterers included Courtyard Marriott, Hawthorne’s and Chartwells.
Cha-ching, cha-ching.
James Meacham, executive director of the Rowan County Tourism Development Authority, says he’s never been asked to calculate the economic impact of the NSSA weekend, but it would be sizable. An overnight guest typically spends $130 to $150 a day on lodging and meals, he says. But the NSSA’s impact goes beyond that. “It gives buzz, and that is invaluable,” Meacham says. When people like John Elway and Rick Reilly mention spending time in Salisbury in their tweets, blogs and interviews, the benefits are incalculable. “It’s fantastic,” Meacham says.
Catawba President Brien Lewis has reason to be enthusiastic about NSSA, too. Right now the organization is headquartered in a small building across from Goodman Gym, but its presence and influence at Catawba could grow. The national NSSA board met over the weekend and responded favorably to presentations about a sports communication concentration that could be developed at the college — possibly housed in a new building shared by the NSSA Hall of Fame. The plans are “very preliminary,” Lewis says, but so far NSSA has been supportive.
So thank you, sportscasters and sportswriters. You’re having a deeper impact on our community than you may realize. Keep up the good work. We look forward to rolling out the red carpet for you again next year.