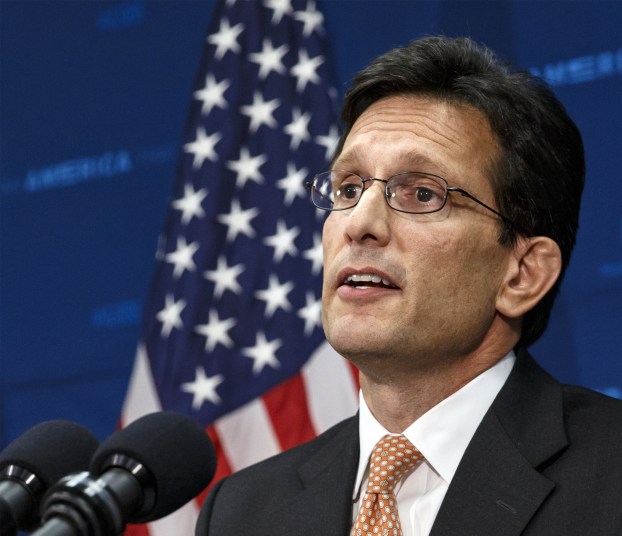 On Sept. 4, 2013, about 100 tea party activists gathered outside of Congressman Eric Cantor’s district office in Henrico County, Va., to protest Obamacare. The sign-wielding demonstrators demanded that the House Republican Majority Leader use his power to defund the new health care law, even if it meant shutting down the government. Among other things, the rowdy bunch fumed about the one-year delay of the corporate mandate; if Obamacare was not good enough for Congress and big business, why should the rest of us have to live with it?
Cantor’s representative explained that the congressman was fighting to delay the individual mandate and provide relief to “middle-class families.” Yet shutting down the government would not stop government spending for health care; rather it would jeopardize support for our troops. Needless to say, such reasoning did little to placate the crowd. A ripple of protest ultimately would build to a wave of discontent.
Two months later, Republican and tea party favorite Ken Cuccinelli would lose a governor’s race to Democrat Terry McAuliffe, but by a much narrower margin than anyone predicted. The result did more to inspire than to deflate the rambunctious wing of the GOP, whose leaders blamed the “establishment” for underestimating and abandoning Cuccinelli. The grassroots movement was alive, angry and, evidently, growing.
Meanwhile, in adjoining Hanover County, the most conservative part of the 7th District, a little-known professor at Randolph-Macon College, economist Dave Brat, had yet another reason to take on the majority leader. What good was it for the people of the 7th District to be represented by one of the most powerful people in Washington if he would not stand up for his own constituents?
Though Cantor recognized the restlessness within the GOP base, the possibility of being defeated in a primary election seemed highly unlikely. After all, seven terms in Congress and $4 million in the bank should be enough to ride out even a hearty challenger..
Moreover, the majority leader had bigger designs. After the 2012 election, Cantor was among other Republican Party leaders who sought to rebrand the GOP. The strategy was to advance a more inclusive, problem-solving form of conservatism. The idea was not to abandon ideology, but to make conservatism work for families and perhaps for independent-minded voters who were turned off by the more strident politics of the tea party. The approach involved some modest changes on policy issues, softer language and more reasonable governing tactics. In other words, Cantor was doing what legislative leaders are supposed to do; find ways to govern.
What began as a way of turning good policy into good politics — either by endorsing alternative plans for health care, negotiating budget agreements with the president, or seeking modest changes in immigration law — became a tricky balancing act.
As primary day approached, Brat traversed the 7th District declaring to voters that they had lost their representative. Cantor was too busy doing the bidding for Wall Street banks and large corporations, which sought cheap labor by granting amnesty to illegal immigrants, to understand the needs and interest of his own constituents..
Irony and nuances abound in this story. Cantor is among the most conservative members of Congress, a nemesis to President Obama, a supporter among the party leadership of the tea party freshmen who triumphed in the 2010 elections, and an enemy of immigration reformers. Meanwhile, Brat rode a tea party movement that he is not clearly aligned with. While Brat ran best in more rural and culturally conservative parts of the district, he also won a majority in suburban precincts surrounding Cantor’s district office. Perhaps what Brat offered to the 36,120 voters who supported him was a conservative alternative to a leader who sought to govern an increasingly unpopular institution.

Daniel J. Palazzolo is chair of the Department of Political Science at the University of Richmond. Readers may send him email at dpalazzo@richmond.edu.

Amazing response by police officers The writer is referring to the armed robbery at Walgreens on East Innes Street. On... read more