Woman charged with stealing from church 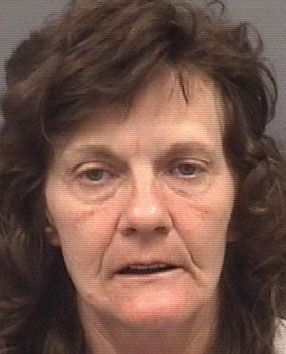 The pastor of the Apostolic Church of Jesus Christ, on Deal Road, Mooresville, reported that the church had been broken into several times during May and in early June. The pastor reported several items stolen, including musical instruments, cash and two firearms from the church’s living quarters.
The Sheriff’s CID began investigating these cases, and were able to identify 51-year-old Amy Tadlock who is a neighbor on Deal Road as a suspect.
A search warrant was obtained for the residence and detectives recovered several stolen items from the church. Investigators determined Tadlock had broken into the church five times. Tadlock was arrested and charged with five counts of felony breaking and entering charges, four felony larceny charges and one felony larceny charge of larceny of a firearm. Tadlock remains in jail under a $50,000 secured bond.