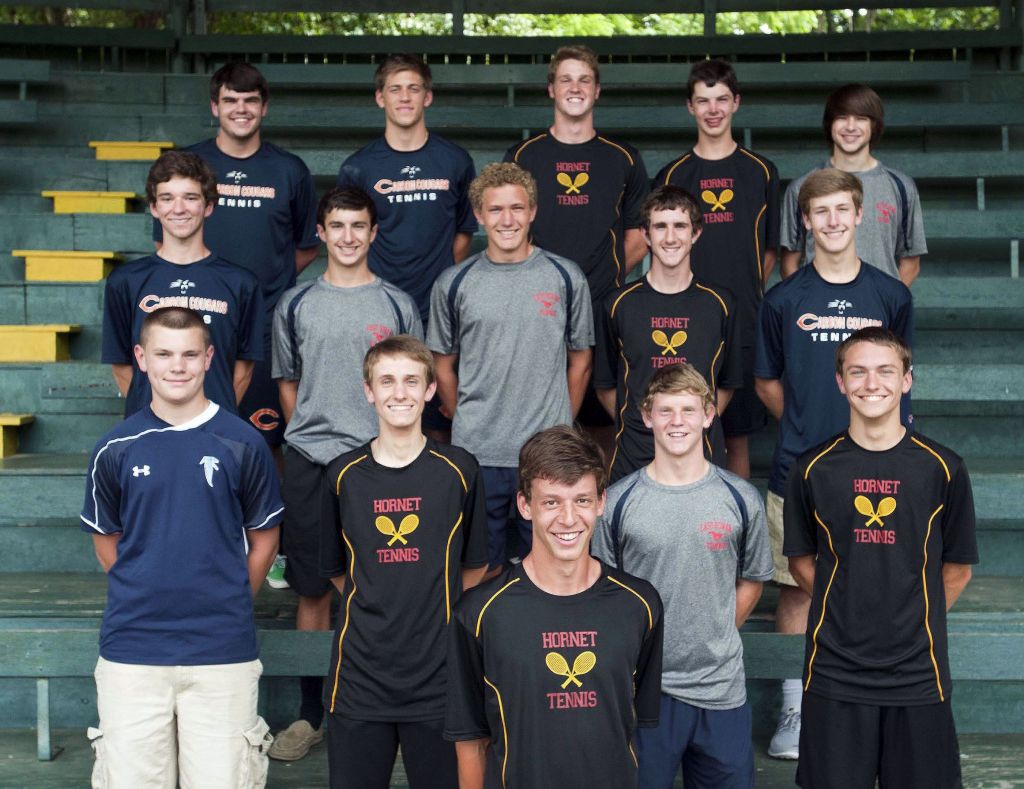 Salisbury tennis phenom Michael Ogden took a year off from the school circuit last year to focus on USTA Tournaments. His return to SHS this year ignited a charge into the Hornets and helped them form into one of the state’s revered teams.
The whole team aspect of it was really enjoyable,” said Ogden, picked as the County’s Player of the Year after winning his second singles state 2A tennis championship. “I liked hanging out with my teammates. The USTA tournaments I do are all individual.”
At 6-foot-2 and 165 pounds, he’s a good 15 pounds heavier and an inch and half taller than freshman year when he became the first SHS player to win a singles title since Eric Saunders in 1993.
No one knew about Ogden then, but he entered this season with a pretty stout reputation. He backed it up with an unbeaten record and rolled through the state championship match 6-1, 6-0 against Hendersonville’s Jacob Fuqua. The title bout followed a challenging semifinal win against Carrboro’s Brian Freiburghouse 6-4, 6-5.
“I was just on my game that day,” Ogden said. “I knew I was supposed to win it so there was a little bit of added presure.”
Salisbury went 16-1 before falling to state finalist Brevard in the second round of the playoffs.
“As a team, we had a really good season,” Ogden said. “I wish we could have gone father in the playoffs.”
Ogden’s gone as far as Stanford to look at college, but N.C. State sits well with him right now. State took Ogden on a recruiting visit and allowed him on-field access at a football game. Ogden wants to commit sometime toward the end of the year.
“I do like State a lot right now,” Ogden said. “It’s exciting to be able to tour the campus with the coaches and the team.”
Ogden takes classes online in the morning and early afternoon before practicing. Randy Pate is his personal coach out of Winston-Salem
Ogden starting playing with Chad Hoskins, a Spencer native who helped RJ Reynolds to three straight state 3A championships and plays now at UNC, when he was young and fostered a love of the game. He also got pretty good early on.
“He was a pretty serious player at a young age,” Ogden said. “He kind of got me started so I started taking lessons at the Country Club.”
Ogden is listed as a four-star recruit on tennisrecruting.net.
•••
Ogden was part of a six SHS players to make all-county. Clint Comadoll and Spencer Storey reached the state doubles semifinals and were all-state. Senior Chris Derrick was all-county as well as brother David Derrick and Abraham Post, who juggled golf and tennis.
East Rowan (11-3) won its conference and won a playoff match for the second-straight season to place five on the team. Sophomores Ike Emerson and Chance Brown teamed up to win the South Piedmont Conference doubles crown.
Robert Gray played well at No. 4 singles. Justin Allen provided senior leadership.
Carson was 6-3 and gained a wild card playoff spot. The Cougars placed Marshall Wood, Casey Lucas, Graham Purcell and Jonathon Martin.
Chase Webb, who was a regional qualifier, was West Rowan’s representative.