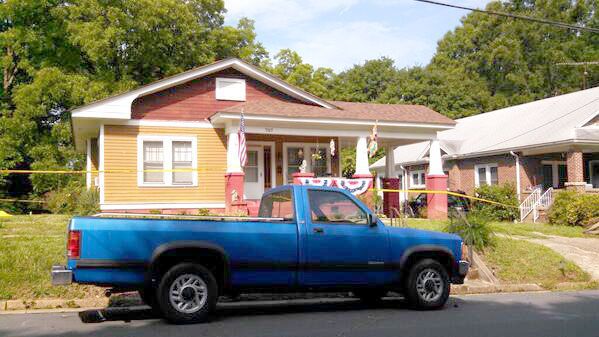 SPENCER — Authorities have identified the victim of a Wednesday morning homicide as Toney Ann Johnson, the ex-wife of suspect Rodney Roberto Wallace.
Investigators are seeking 47-year-old Wallace, who is 6-foot-1 and weighs around 200 pounds. He was last seen on foot on Fourth Street in Spencer, wearing a gray shirt and black pants.
Police Chief Michael James said a pickup Wallace was originally operating has been recovered. An earlier bulletin indicated Wallace was possibly driving a 1994 white Ford F-150.
Spencer Police say he’s now driving a black 1998 Mazda Protege with the license CBD-5377. Police also say Wallace may be armed and should be considered extremely dangerous.
Court records show Johnson is the ex-wife of Wallace and was as recently as January granted a divorce. The couple, records show, have one child together, and had been married since 2009, but had been separated since July 2012.
Johnson’s body was found this morning between two houses on Fourth Street.
Police said Johnson lived at 705 Fourth Street.
Investigators with the Spencer Police Department, Rowan County Sheriff’s Office and state SBI are on the scene.
A neighbor told a Post reporter he heard a woman screaming about 8:45 this morning.
Nearby schools — North Rowan elementary, middle and high — were placed in a code yellow lockdown as a precaution. Code yellow means that classes continue as usual, but all doors are locked and secured and students do not leave the building and there are no outside activities. Parents can enter, but the doors remain locked after they enter or leave, Rowan-Salisbury School System spokeswoman Rita Foil said.
Principals at those schools sent ConnectED messages to parents.
Wallace is on probation for convictions earlier this year of assault on a female and domestic criminal trespass, according to the N.C. Department of Public Safety’s online offender information search.
Salisbury Post reporter Shavonne Potts is working to get more details. Check back on the Post website and follow her on Twitter at @SalPostPotts
Anyone with information as to the whereabouts of Rodney Wallace is asked to contact Crime Stoppers at 1-866-639-5245 or the Rowan County Sheriff’s Office at 704-216-8700.