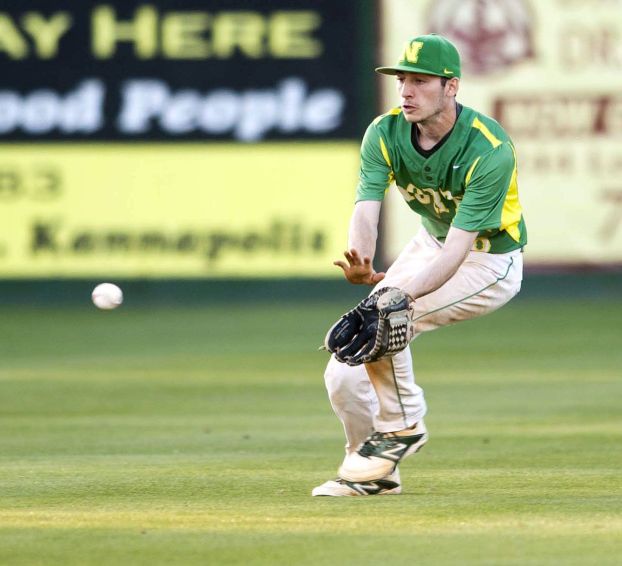 SPENCER — Eleven of the dozen seniors on the all-county team are headed to college to play baseball.

The 12th marches to a different drumbeat.

Chance Mazza paced North Rowan in almost every offensive category the last two seasons. He batted .411 as a senior, runs the 60-yard dash in 6.8 seconds and has a strong arm in center field.

Mazza is not big at 5-foot-11, 160 pounds, but he could be a college baseball player if that’s what he wanted.

It’s not. He sees his future in military intelligence.

North coach Aaron Rimer wasn’t sure what to make of Mazza for a while, but now he believes the kid is not only extra bright, but extra serious about serving his country.

“He takes Chinese classes online and now he speaks Chinese,” Rimer said, shaking his head. “He’s an expert on overseas stocks and he might understand more about global issues than any teacher in the school system. That whole Russia-Crimea thing — he explained every aspect of that to me one day before practice.”

Mazza has been planning the next phase of his life for 10 years or so.

The “Meet the Players” forms that senior athletes fill out for the Post often contain insights into that student-athlete’s personality.

Mazza’s is a little different. His biggest rivals aren’t Salisbury and West Davidson — they are, in order, North Korea, China, Iran and Russia. Three words that best describe him are duty, honor and integrity, he collects World War II artifacts and his hidden talent is “Cold War historian.”

“I do read a lot,” Mazza confessed. “Mostly politics and foreign diplomacy. And I took all the marketing, business and economics classes that I could. You want to prepare as well as you can for the future.”

Besides the mental exercise, Mazza is physically getting ready for the military life.

“I wake up a little bit earlier every day, trying to get my body prepared for those early wakeup calls,” Mazza said. “I lift weights. I run. I’m doing what I can.”

“It was a pretty tough screening process,” he said. “They have to do a lot of background checks on you.”

Still, he’ll start his stint in the military on July 15 with basic training at Fort Sill, Okla. That’s a 10-week process that a lot of people have called the worst 10 weeks of their lives, but it’s a process that turns civilians, even well-prepared civilians like Mazza, into soldiers.

After basic, his next stop will be Fort Huachuca in southeastern Arizona, just 15 miles north of the Mexican border. That’s the home of the U.S. Army Intelligence Center and the U.S. Army Network Enterprise Technology Command.

Arizona is a long way from home, but Mazza, whose father, Rick, was East Rowan’s football coach 11 years ago, is excited, not apprehensive.

“I’ll miss baseball,” he said. “But I have no doubt joining the military is the best choice I ever made.”

Mazza says his career goal is to be the best CIA agent who ever lived, and if he turns into an American version of 007, Rimer won’t be surprised.

Mazza’s secondary goal is shared by many teenagers right now, and it’s proof that he’s human.

“I really want to get in one more beach trip before the army,” he said with a laugh.

Setzer had four hits and seven RBI in a 14-2 win at Southern Rowan Saturday and hit a three-run blast... read more