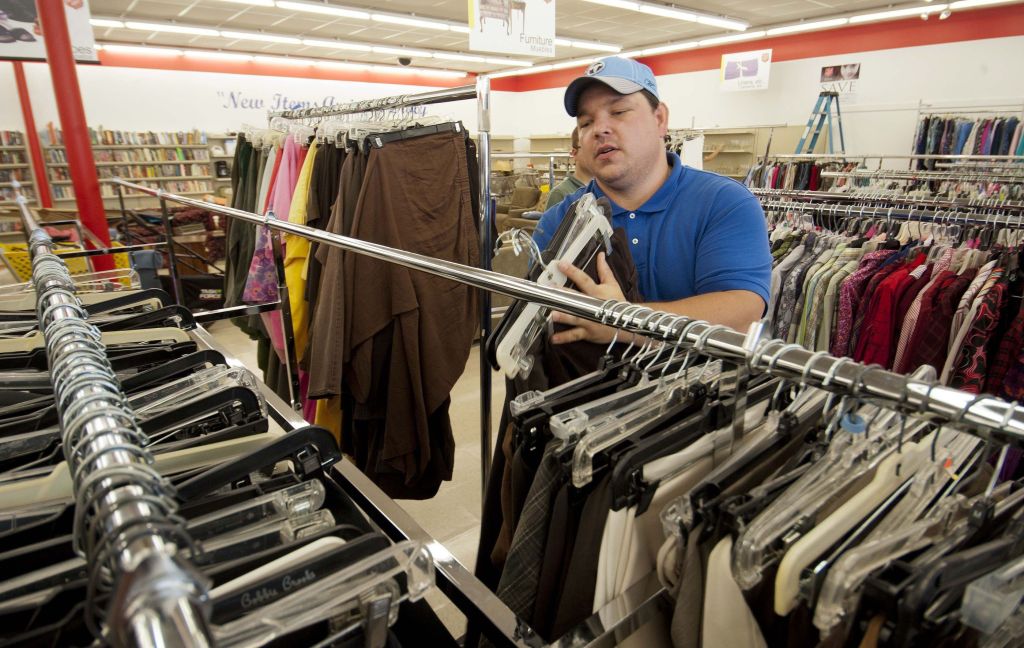 Three times in the span of 20 minutes Tuesday afternoon, would-be customers rattled the doors at the new Salvation Army Family Store at 521 Jake Alexander Blvd. W.
They couldn’t get in. The doors were locked.
They won’t be locked after Friday, though, when the Salvation Army holds a grand opening at the new location, where it’s moving from the agency’s former Family Store at 1400 Jake Alexander Blvd. W.
Though on the same road and just over a mile apart, Lt. Josh Morse of the Salvation Army of Rowan County promises patrons will see a big difference.
“It’s not going to be like your normal thrift store. It’s going to be upscale, very nice, very bright, very clean. It’s going to be just like you’re going into a normal retail store,” he said. “Our other store was kind of dark and dingy, but this store is bright and fresh.”
A former Family Dollar in the Westland Shopping Center anchored by Food Lion, the store has been remodeled some, the walls repainted and the floors buffed to a shine. Store Manager Ron Allman said the floors will be cleaned again before Friday’s grand opening.
Allman, Assistant Manager Shay Gaither and store employee Pamela Lamberson worked Tuesday stocking racks and shelves with merchandise moved from the old store. They set out stock including clothes, books, furniture, kitchen appliances, even a lawn mower, blower and trimmer.
Interrupted occasionally by someone at the front door, Allman would go and explain to them — if they lingered long enough — that the store wasn’t yet ready for business. He said it had been happening about every 10 minutes.
“We’ve had quite a few people trying to come in and shop before we’re ready for them to shop,” he said.
It’s a good problem to have, considering the alternative. After three years at the old store, business had dropped off dramatically — Allman estimates by as much as two-thirds — since major retailers started leaving the nearby mall which has since been purchased by Rowan County.
And the local Salvation Army needs that income — which stays in Rowan County — to help the nonprofit fund its programs and relief efforts. That includes anything from helping people pay their power bill to housing and clothing people who have lost their home to fire.
Many times, the agency issues vouchers which can be used for items at the store.
Morse said the Rowan Salvation Army is paying the same for the new location as it was the old, and with better visibility and higher customer traffic, that means “we’re able to put more money back into the community.”
The new location will make giving easier, too, he said. At the old store, anything left outside was exposed to the elements, and, if rained on, might not be usable. The Salvation Army has installed awnings over its drop-off area behind the strip mall to protect donations and give donors a place to back in and unload even when it’s raining.
And the store may add another member to its five-person staff to ensure donors aren’t doing all the heavy lifting.
“We’re trying to ensure having better relations all the way around, so if someone comes to donate, there’s always someone there to help them unload,” Morse said. “At our other store, we were stretched pretty thin. We didn’t always have someone there to help them unload.”
Allman said he and the employees “are all excited about the new store.”
The community is, too, apparently. As a reporter and photographer left the store Tuesday, a woman stopped her car and asked when it would open.
The grand opening is set for 10 a.m. Friday with a ribbon-cutting attended by public officials, the Rowan Salvation Army advisory board and representatives from the organization’s divisional headquarters. Throughout the day, Morse said, the agency will give away gift cards of varying amounts that can be used at the store.
The Salvation Army Family Store’s hours of operation will be 10 a.m.-6 p.m. Monday through Saturday.