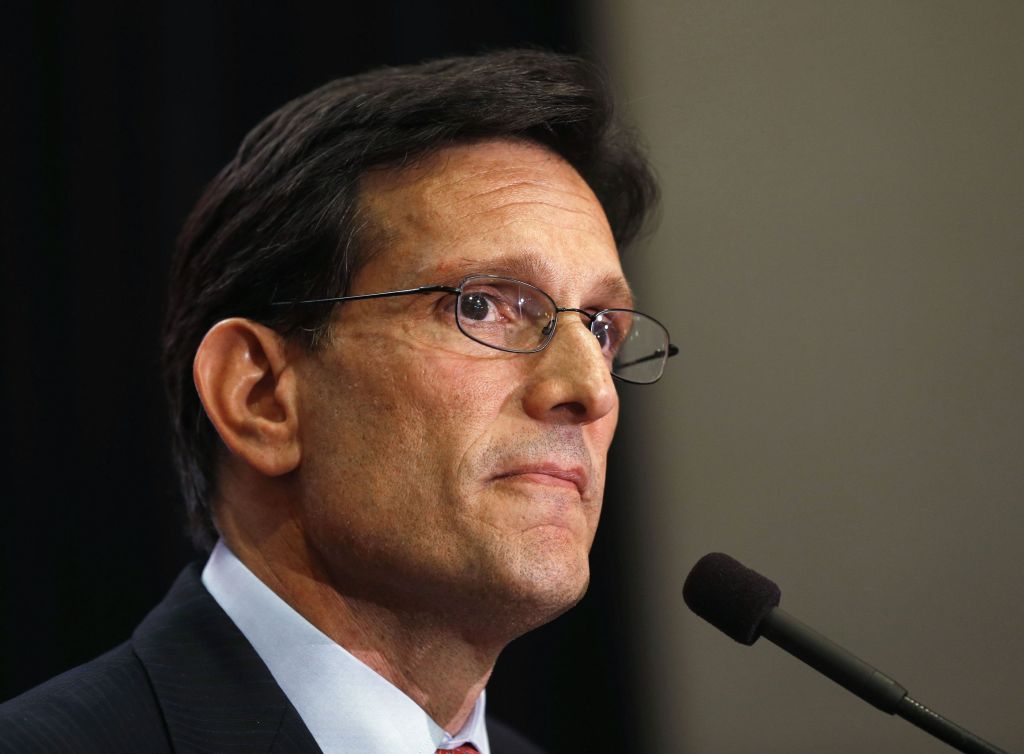 The Associated Press
Your daily look at late-breaking news, upcoming events and the stories that will be talked about today:
1. CANTOR DEFEAT SENDS SHOCK WAVES THROUGH GOP
Tea party challenger Dave Brat wins a stunning upset victory against the House majority leader in the 7th District Republican primary contest in Virginia.
2. OHIO, ILLINOIS SOLDIERS AMONG FIVE DEAD IN AFGHANISTAN
One of the American GIs killed by a U.S. airstrike was deployed a month after his father died and another one was engaged to be married.
3. US DOUBTS IRAQI PREMIER CAN STEM VIOLENCE
With no prospects for the emergence of a new leader who can stop further Sunni Muslim insurgency gains, the Obama administration is largely resigned to continue working with Prime Minister Nouri al-Maliki.
4. HOW A SYRIAN WOMAN SURVIVED THE HOMS BLOCKADE
The 65-year-old pharmacist, who was stuck in her house for nearly two years, got through by reading books, eating plants and refusing to look in the mirror, believing that seeing her withered state might break her spirit.
5. WHO WILL TESTIFY IN CONGRESS ABOUT PRISONER SWAP
Defense Secretary Chuck Hagel will face the House Armed Services Committee, which is investigating Army Sgt. Bowe Bergdahl’s release.
6. FAITH IN EMERGING MARKETS ON THE RISE
Brazil, South Africa, India, Indonesia and Turkey now seem a lot more appealing to investors after taking steps to boost their economies.
7. WHAT CONSEQUENCE THE WEALTH GAP HAS
As fewer Americans can now afford newly built homes in the close-in neighborhoods they desire, many builders sell fewer houses at higher prices.
8. WHISKEY WAR UNDERWAY IN TENNESSEE
Owners of the rival brands Jack Daniels and George Dickel clash over the right to label their drink the state’s authentic style of the drink.
9. WHAT BRAZIL’S PRESIDENT IS DEFENDING IN TELEVISED ADDRESS
Dilma Rousseff urges her fellow countrymen to support the World Cup and rebukes the “pessimists” who complain the country shouldn’t be hosting the event.
10. J.LO TO SING AT WORLD CUP AFTER ALL
The 44-year-old singer confirms she is flying to Brazil to perform the official tune “We Are One (Ole Ola)” during the tournament’s opening ceremony after FIFA officials announced earlier this week that she wouldn’t.