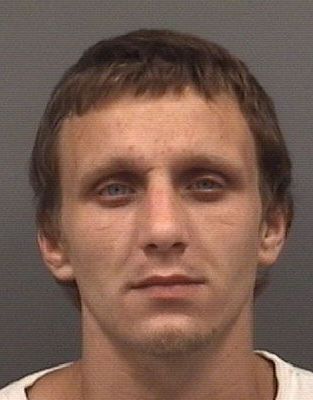 Authorities are looking for a Rowan County man accused of stealing his father’s belongings and selling them to a local pawn shop over the course of several months.
Danny Lee Gobble Jr., 25, was charged a few days ago with felony larceny. He hasn’t been seen since his release from the Rowan County Detention Center.
Gobble’s father told Rowan County Sheriff’s Office detectives an air conditioner, a truck tool box and many other items were stolen from his Archer Road home between April and early June and that he believed his son took the items.
Detectives believe Danny Gobble Jr. sold the air conditioning unit along with his father’s other belongings to Quick Cash Pawn on Statesville Boulevard. Officials with the pawn shop said Gobble brought in the items as if they belonged to him.
Gobble has an extensive criminal history that includes a number of drug possession convictions, resisting arrest, felony breaking and entering, larceny of a motor vehicle, driving while impaired, operating a vehicle without a license and assault on a female.
Investigators ask anyone with information about his location to call the Sheriff’s Office at 704-216-8700 or Crime Stoppers at 1-866-639-5245.
Contact reporter Shavonne Potts at 704-797-4253.