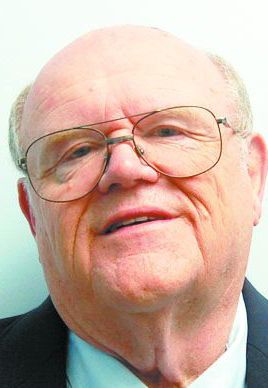 It is time for the average citizen to start paying attention to the dismantling of the education system in North Carolina by the folks in Raleigh. In the past few years, teacher pay has dropped from near the middle in the U.S. to almost the bottom. Last year, we were one of only three states that did not give our teachers a raise.
Led by our budget director, Art Pope, the legislature passed a flat income tax to the delight of many conservatives. They said everyone would pay less tax, which is blatantly untrue. The big taxpayers and businesses will definitely pay less while the average taxpayer and below will likely pay more because of increased fees and doing away with tax breaks (saving for children’s education, for one). Millionaires like Art Pope will reap the benefit of the tax break while most of us will not.
So how do we give ourselves this so-called tax break? We cut back on many programs but mostly on education programs. This includes all phases of education from early childhood to the university system. Our university system is regarded as a leader in the country but is losing ground rapidly as funds are cut. We must not allow this proud system to diminish just to give the rich guys more money.
But public education appears to be taking the biggest hit. This past weekend, a job fair was held in Raleigh by a Texas school system trying to attract N.C. teachers. If this doesn’t alarm the average citizen, they are not paying attention. Texas can afford to pay more as they reap much of their tax money from big oil, but that should not excuse N.C. from its obligation to try to educate our children.
The legislature is now trying to hold public school teachers hostage by telling them they will get a big raise “if” they give up tenure. Tenure is a protection given to teachers to keep them from being dismissed for frivolous reasons. A tenured teacher can be dismissed “if” the school administration would just follow the rules and prove bad performance. But from my 40-plus years in education, they are unwilling to bite the bullet and do it except in extreme cases. Also, many teachers are given tenure after three years because there are too few teachers to choose from to take their place. If we just follow the rules, tenure will work as intended. We have to encourage our bright young folks to teach, but they have to be given a decent salary. My son got a Teaching Fellows scholarship, but after one year he realized there was no future in education even though both of his parents were in education. We repaid the money he had gotten for that year.
Another part of this bill is to drastically cut the number of teacher assistants in the school. Teacher assistants perform many duties to relieve teachers so they can give more time to their students. They also give instruction to the students at the direction of the teacher. Teaching has become more complex with the Common Core and with increased discipline problems.
A week or so ago, I heard a story on WBTV about a response to a teacher asking for a pay increase given by State Sen. David Curtis from a neighboring district that shows the archaic attitude of our legislators. First, he said he knew of no other profession where you could get a two-month paid vacation. He is so far out touch with reality that he does not know that most teachers supplement their salary to live through the two months they are not paid.
Secondly, he said he knew of no other profession where you could get a “state supported” $35,000 pension after teaching 30 years. Again, his stand is flawed. Many years ago, the state did match the 6 percent taken from a teacher’s salary to the retirement system. This 6 percent deduction from a teacher’s salary is required by the state to be put in the retirement system. But some years ago, the state lowered their allotment, and now they contribute a little over 1 percent to the plan. This system is not a bad thing as most people would probably not invest for their retirement. And the system is in tremendous shape as the legislature has been forbidden from touching the money, and the system has been run very efficiently. But most of the money in the fund is the teacher’s money and not the state’s. And heaven forbid that the legislature would get their hands on the system, or it would be dismantled quickly.
But as bad as these first two things are, the third thing that Sen. Curtis said to this teacher is by far the most despicable. He told her if she didn’t like it, to find another job. I have no idea about this teacher’s credentials, but this attitude is simply wrong.
This wave of whatever this so-called conservative leadership is, it just shows what a disdain many people have for teachers. We can dance around this all we want, but it is a shame that much of this attitude stems from the fact that our last presidential elections didn’t suit a lot of people. Get real people. Give our teachers some respect by giving them a decent salary. The Art Popes (Citizens United and Civitas Institute) and Koch brothers (Americans for Prosperity) attitudes should not rule your children’s education.