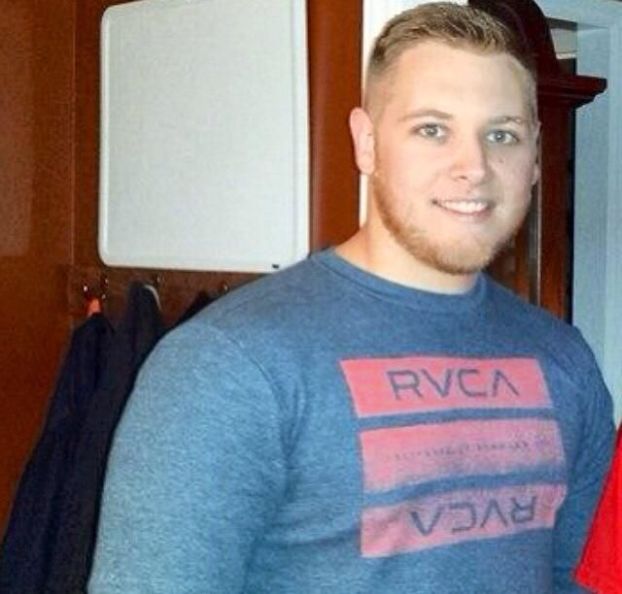 SALISBURY — Derek and Carrie Maner married Saturday in Asheville, knowing that Derek soon faces six weeks of chemotherapy and radiation aimed at fighting the spread of a rectal cancer that’s unusual in someone his age.
Maner, 23, is a 2008 graduate of East Rowan High School. He grew up on Poole Road near High Rock Lake. He and Carrie met while employees at the Outback Steakhouse in Salisbury, and they now work for Outback in Asheville, where Carrie also is attending college.
Randy Maner, Derek’s father, is planning a daylong benefit event for his son June 28 at the Rowan County Fairgrounds. It will feature a reunion concert of The Mother Lode band, for which Randy is lead singer and guitarist.
The day at the fairgrounds will start at 10 a.m. with a big yard sale. Maner said some of his music friends from Nashville, Tenn., will be on hand, along with Miss Ratrod, who will be available for pictures and autographs.
Other bands will be playing live during the day. A poker run for bikers is scheduled. As with the yard sale, items also are being donated for a 3 p.m. auction. The Mother Lode probably will start playing around 5 p.m.
People attending the benefit that day will be asked for a donation at the entrance. All the proceeds from contributions, poker run, yard sale and auction will go toward Derek Maner’s medical expenses.
Meanwhile, Logan Pope, owner of the Inkee tattoo studio in Granite Quarry, will be running a special promotion over the next couple of months in which customers can receive a $50 cancer ribbon tattoo in a color of their choice.
Pope says 50 percent of all the proceeds from the cancer ribbon tattoos will go to Derek Maner. Size of the cancer ribbons is 3.5 inches by 2 inches.
Pope’s shop also will be producing on Maner’s behalf $20 T-shirts, now available on pre-order for delivery in July. Half of the T-shirt price also will go toward Derek’s medical expenses.
Inkee is located at 115 N. Salisbury Ave., Granite Quarry. The telephone number is 704-279-0689.
Randy Maner said his son will be getting his chemotherapy, radiation and eventual surgery at Duke Medical Center for what has been classified as a stage 3 cancer.
Derek was first diagnosed with the cancer about two weeks ago. It has spread to a few lymph nodes, and there is a spot on his liver, Randy Maner said, but it has not spread to other parts of his pelvic area.
“We were just floored,” Randy Maner said of learning of the cancer. “… He’s young, very strong.”
Oncologists have told the family there are few cases of this kind of cancer in patients under 30 years old.
A “Prayers for Derek” Facebook page has been set up to give updates on Maner’s condition, treatments and doctor visits. Randy Maner said his son probably will be given a two-week break after the rounds of chemotherapy and radiation before surgery takes place.
“He’s going to have a lot of expenses over the next year,” Randy Maner said.
People with items to donate for the June 28 yard sale or auction can make contact with organizers through the Prayers for Derek Facebook page.

You may not realize it, but there’s a second primary scheduled in 12 Rowan County voting precincts. It will be... read more